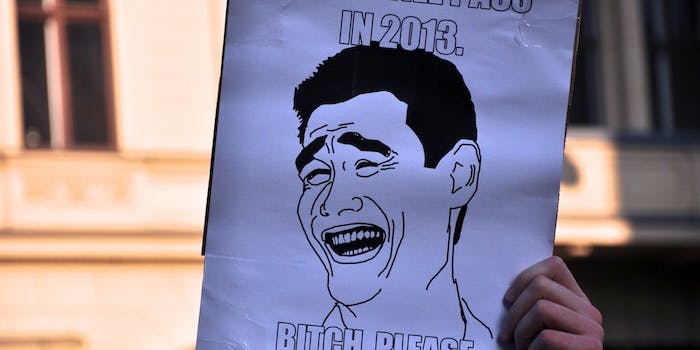 The three committees have merely an advising role, but the move shows that momentum against the trade agreement is rising.

Three out of three European Union Parliamentary committees agree: The Anti-Counterfeiting Trade Agreement (ACTA), which many fear would give governments gross powers to monitor the Internet and punish suspected pirates, is a bad idea. Each voted against ACTA Thursday.

This not a binding decision. The three committees—Civil Liberties, Legal Affairs, and Industry, Research and Energy—have merely an advising role. They follow David Martin, the EU’s dedicated advisor on ACTA, in what’s beginning to seem like a consensus in urging EU Parliament to reject the agreement.

According to Pirate Party founder Peter Falkvinge, the Development Committee will vote June 4 on whether to advise yay or nay on ACTA. Then the supposedly most relevant committee, International Trade, votes June 24. Finally, the European Parliament will as a whole.

Falkvinge praised Amelia Andersdotter, a Pirate elected to the EU Parliament and dedicated ACTA advisor to the Industry, Research, and Energy committee, for swaying the committee’s vote.

“To see a Pirate Representative get her opinion (“reject ACTA”) voted through to the next step,” he wrote, “is a complete breach of a crucial tipping point.”

Correction: An earlier version of this article misprepresented Amelia Andersdotter’s role in the EU Parliament. We regret the error.