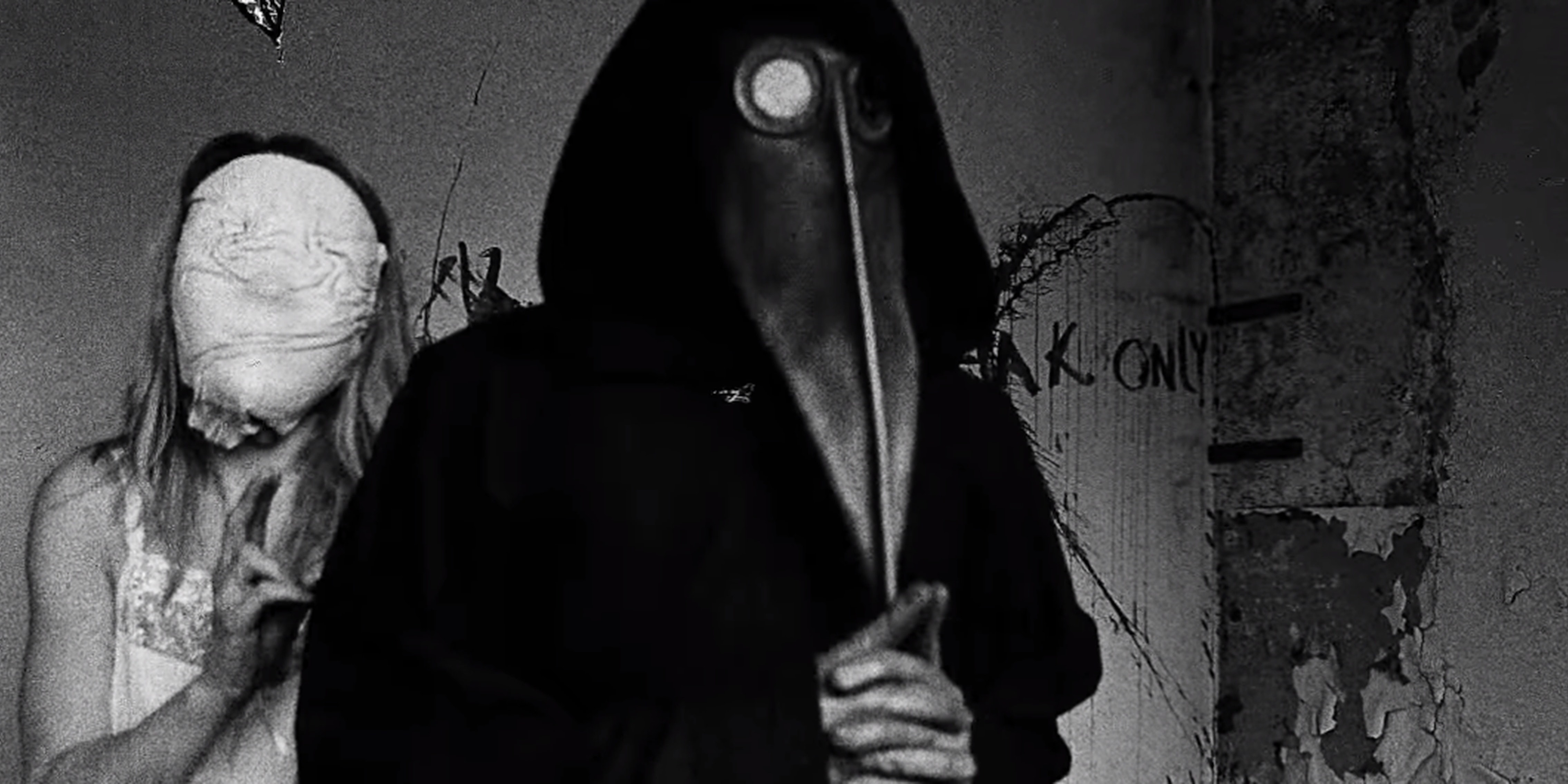 The most disturbing viral video now has a sequel, and we spoke to the creator

When a disturbing video went viral in October, thousands of Internet sleuths dedicated themselves to finding out who made it and why, to no avail. Now, the video that sent a shiver down the Web’s collective spine has a sequel, and the man behind the creepy puzzles has decided it’s time to come out from the shadows.

We caught wind of 11b-x-1371, the first of the horror puzzle videos, in late October 2015. The source of the video was the topic of much initial debate, with some claiming it originated on 4chan, one individual insisting it was found on a DVD in Spain, and still others believing it originated on any one of a number of YouTube channels. 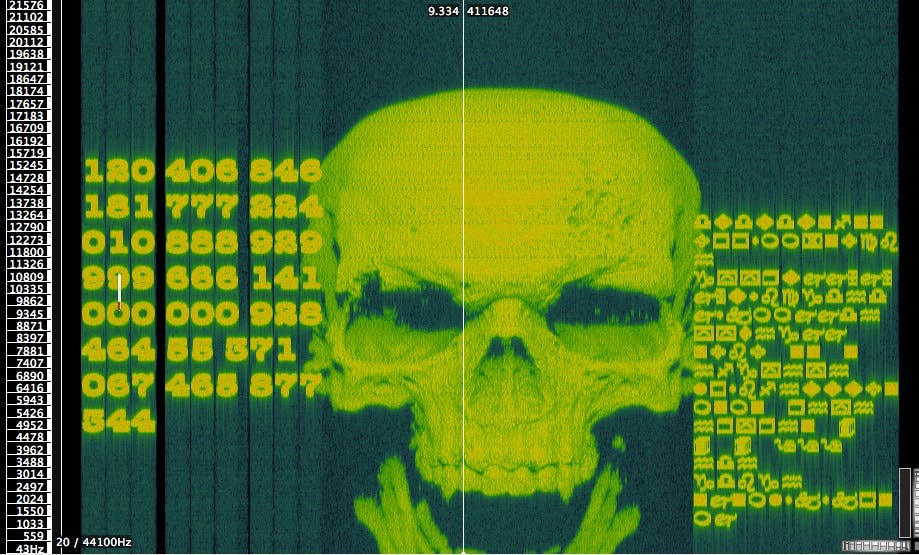 The video’s offputting imagery included a plague doctor, an abandoned mental asylum, and a wealth of cryptic clues. Phrases like “Kill the President” and hidden spectrogram images of real murder scenes sent many amateur Web detectives into a frenzy as they spent countless hours attempting to decode its overall meaning.

“Some people look for shells in it, some surf, others—dive.”

Our own investigation bore fruit in the form of exclusive photos of Zofiówka Sanatorium in Poland—the decrepit asylum where the video had been filmed—as well as a first-hand account of the visit to the location. Eventually the trail went cold, and puzzle chasers were left to either write it off as a farce or await further instruction from the person pulling the strings.

The name Parker Wright had been tossed around a bit in the early days of the 11b-x-1371 investigation. It was the name attached to a YouTube channel that had uploaded the puzzle video around the same time as a few others. There was no other activity on the Parker Wright account, and when an attempt to match the name with a Twitter account ended with a public denial, other leads seemed more promising.

A month after most had given up on the search, an entirely new Twitter account appeared to be hinting at something. Carrying the name Parker Warner Wright, it was difficult to tell if the person running the account had any significance or if it was simply a hoax looking to generate buzz.

The individual tweeting from @ParkerWWright spoke as if he or she were the creator of the 11b-x-1371 video, but convincing anyone of that fact after two months with zero new leads was a difficult task. By late December, dozens of copycats had already flooded YouTube with their own monochrome plague doctor clips, all attempting to play off the hype created by 11b-x-1371. Nevertheless, Parker Warner Wright promised to prove himself as the one truly responsible for the puzzle.

Shockingly, that promise was delivered on with an entirely new video puzzle, complete with the original plague doctor and a wealth of new clues to unravel. Titled 11b-3-1369, the video did two things: It confirmed that Parker Warner Wright was indeed the one responsible, and it revealed that 11b-x-1371, despite being feared as an actual threat, was a piece of art.

Out from the shadows

Wright’s reveal didn’t come without its share of doubters, however. Many demanded further proof, claiming that it could just as easily be yet another hoax attempting to gain traction. Without revealing his actual identity—in case you hadn’t assumed, Parker Warner Wright is not his real name—Wright decided the best way to silence the dissenters was to quite literally take off his mask.

In the days following the viral boom of the first video in October, some devoted Internet detectives took it upon themselves to find out who actually made the video, rather than just search for meaning in its clues. One of the theoretical keys to discovering the creator’s identity was the plague doctor mask.

It probably goes without saying, but plague doctor masks aren’t manufactured by any large company, and you can’t really head to your local Walmart and pick one up. Only a handful of Etsy and eBay sellers offer such an item, and they’re all slightly different. So, if the digital search party could figure out which online shop sold that exact mask, 11b-x-1371’s creator would be as good as found. 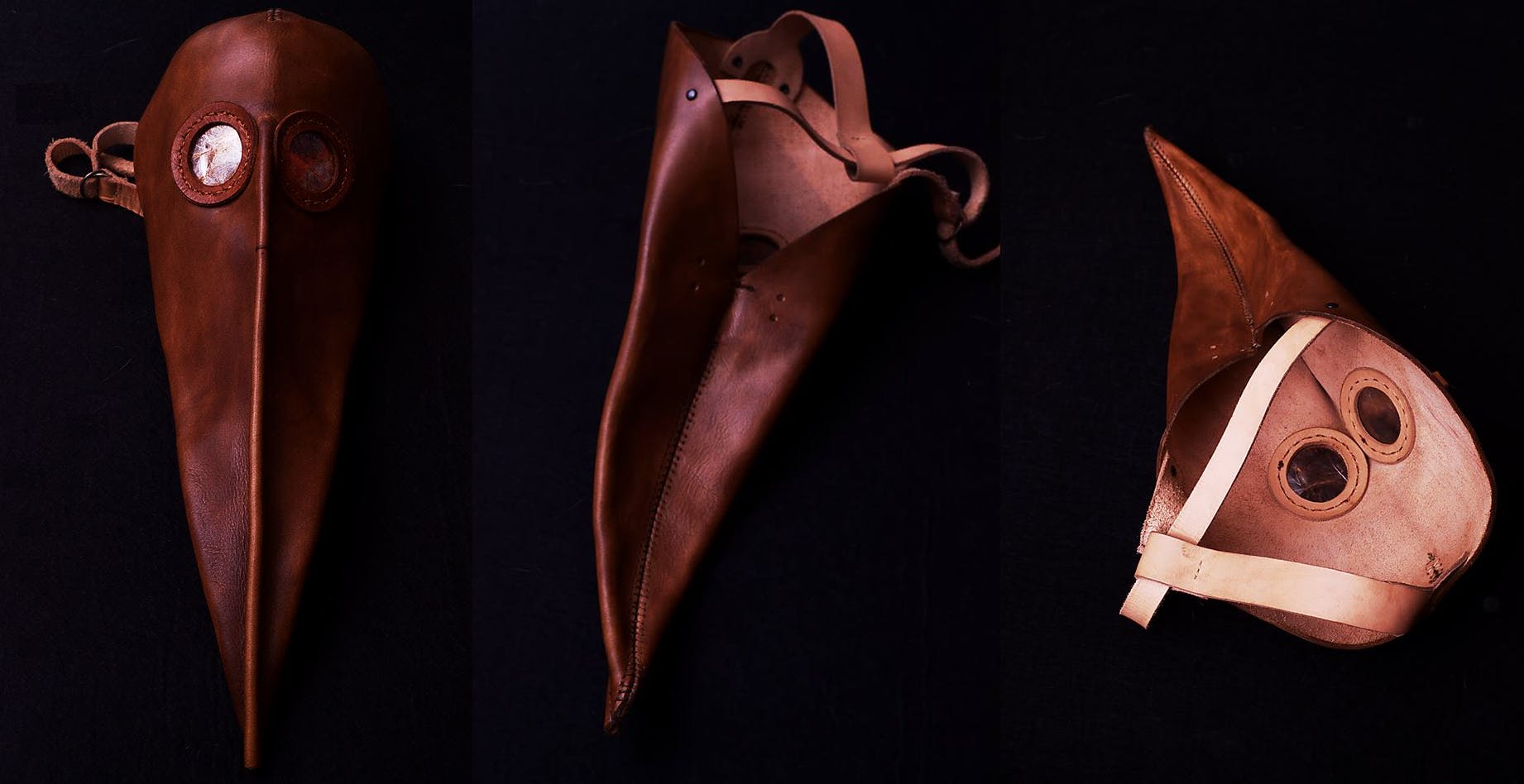 That hunt turned out to be in vain, and now we know why. As Wright revealed on a newly minted Facebook page dedicated to his videos, the plague doctor mask wasn’t purchased from an Etsy shop. It’s a handmade original, and Wright has a standing challenge to anyone who thinks they can perfectly duplicate it.

The mysterious creator of 11b-x-1371 had finally been found, and this time he had no intention of staying quiet.

It didn’t take much convincing to get the man who calls himself Parker Warner Wright to speak with me. He admitted that he had seen my previous reporting on 11b-x-1371 and that he knew who I was before my interview request landed in his inbox. He claims he lives in Poland, though he wouldn’t be more specific than that, and he says he also holds U.S. citizenship.

“Currently there is a call for more, and I aim to please.”

Wright is articulate, and he converses in a stilted, mechanical manner, as if every sentence is dissected before he pushes it forth. As the mind behind one of the most eerie, disturbing puzzles the Internet has ever seen, it comes as no surprise that he also occasionally speaks in riddles. 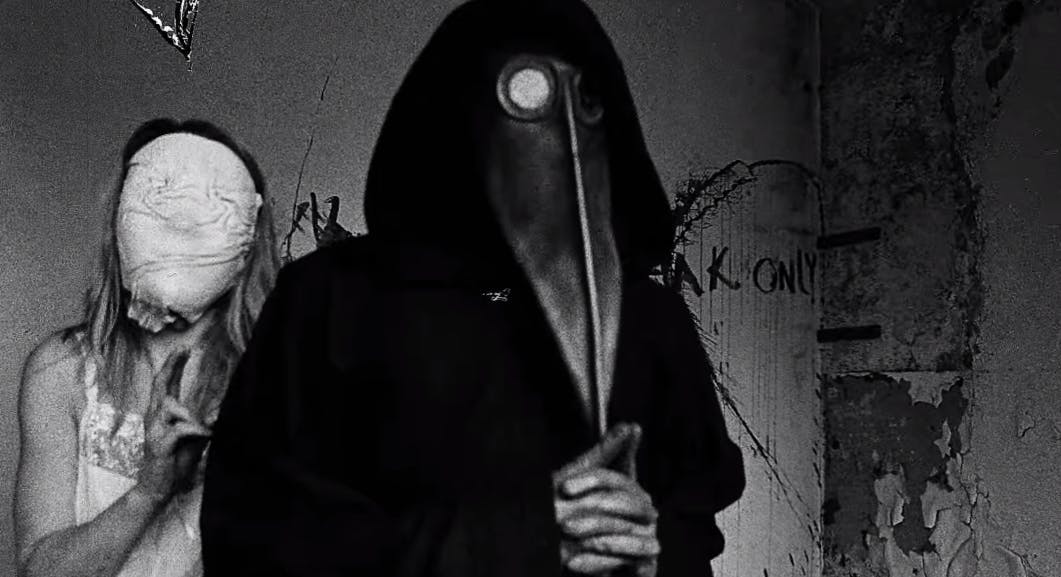 He refers to his remarkably complex video puzzles as art—considering the production value and work that obviously went into them, I’d tend to agree—but he also does little to assuage the fears that they carry a more sinister meaning.

“I see my work as waves on the ocean,” Wright says. “Some people look for shells in it, some surf, others—dive.”

In speaking with Wright, via direct message and encrypted email, I was able to clear up a few items regarding the 11b-x-1371: Wright seeded just three copies of the video into the world on May 9, 2015. Two were on discs in Poland, one of which was left on the metro in Poland and the other in a park, and the last copy was posted as a file on 4chan. This timelines confirms that the YouTube user named AETBX, who was at the center of the early investigation, had no connection to the video’s creation. 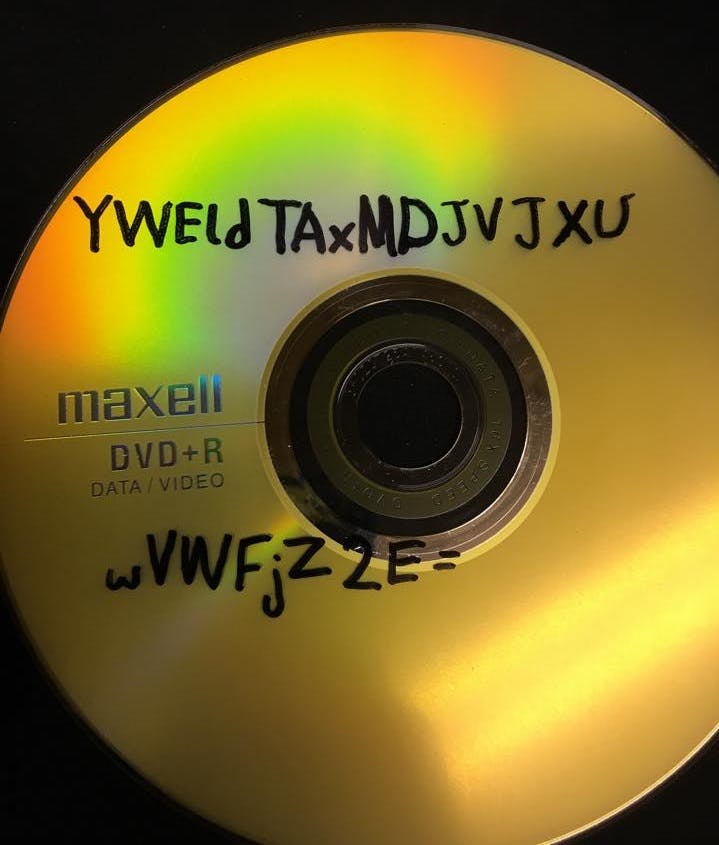 Wright also noted that 11b-x-1371 was indeed the first video in his series, and he had always intended for there to be more, regardless of whether it reached viral status.

“It was always my intent to make more videos,” Wright told the Daily Dot. “Currently, there is a call for more, and I aim to please. However, my art would move forward irrespective of external force. I have a call from within, I need to answer.”

11b-3-1369 is not a conclusion to the puzzle but more of true sequel, expanding on themes from the original while letting the viewers attempt to figure out what it all truly means. It’s slightly less morbid than the previous video, and according to Wright, that’s by design. “What I chose to communicate with those images in the first, they served three purposes, and I think I drove them home,” Wright explains. “I didn’t see the necessity for them, in the second. Plus, I’m not that predictable.”

“I have a call from within, I need to answer.”

Unpredictability has become something to expect from Wright. In recent days he’s brought his puzzle into the real world more than ever before by hiding USB drives in various locations and then posting GPS coordinates online, leading intrepid explorers to travel from other countries just for the chance at finding them.

I asked Wright if he’s worried that some of the content of his videos have attracted the attention of authorities. After all, even an anagram of “Kill the President” is likely to catch the eye of one or more government agencies at some point, right?

“I didn’t enter into my project without first finding out where my rights stand, as an American citizen,” Wright says. “Art is a very protected medium for speech. As it would appear, the more political that speech, the more protected it is. That being said; Yes, my work has attracted that variety of attention. As I understand, they are entertained but not worried. If they get worried, they’ll let me know. I think they have more realistic focuses, when they aren’t on their lunch break.”

I asked for clarification, and Wright insisted: “Yes, I can say for sure it has attracted government attention. There are other ways to know that they are aware of my work and their thoughts on it. Nothing illegal or shady in any way.”

Wright also revealed to me that while his videos reference the United States and were filmed in Poland, his puzzle will undoubtedly expand. “There will be other locations,” he said. “Poland seems a good primer.”

At this point it’s safe to say that Wright’s puzzle is far larger and more complex than anyone could have imagined after viewing the first viral video in October. Even after speaking with Wright, I’m no closer to understanding his motives than I was after viewing 11b-x-1371 for the first time months ago.