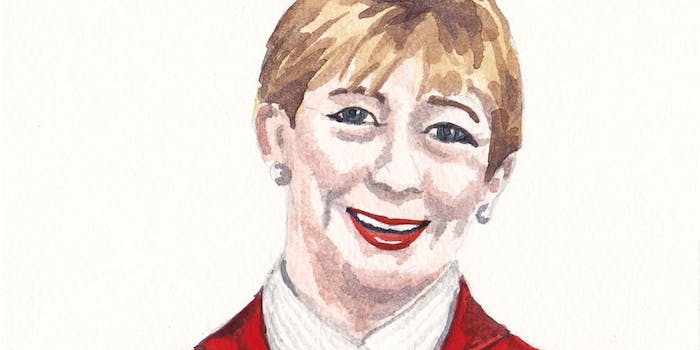 Painting the women of the 112th, powersuit by powersuit

In early 2011, artist Emily Nemens set out to paint portraits of all 94 female members of Congress—a feat she documented on her remarkable Tumblr.

It didn’t start out as a political statement, exactly. Emily Nemens, a writer and illustrator in New York, simply wanted to take on a new creative project, preferably in watercolor. For four years already—between jobs at the Met, and later, at the American Institute of Architects—she’d done a series of watercolor mouth paintings: beautiful, complex images of plump rosy lips, some with objects clenched between them. She’d also illustrated comic books, and published a collection of short stories.

But she’d always been fascinated by political portraiture and the way it could convey the personality of a subject. She’d also noticed how much of that portraiture (save for a few French revolution portraits, and some queens of England) lacked women. And so, in early 2011, right around the time Michelle Bachmann hit the national stage, Nemens set out to paint the female members of Congress—all 94 of them. “I want to honor the breadth and diversity of women in power, as well as bring attention to certain disconcerting characteristics about them,” Nemens says. “The rainbow of power suits, the big hair, the gaudy jewelry and toothy smiles … and, of course, the fact that they collectively are only 17 percent of Congress.”

Sixteen months, dozens of sketches, and two resignations later, the result is 47 linear feet of American women in power—each transformed onto a 6-by-6-inch piece of paper in bright watercolor hues. Now a master’s student at Louisiana State University (and an editorial assistant at The Southern Review), Nemens calls her project Women of the 112th.

Tumblr Storyboard: So this was an artistic undertaking for you. But there is clearly a political element.

I grew up in Washington state, which made history for being the first to have to have two female senators and a female governor at the same time. When I was young, Patty Murray was the Senator Mom in tennis shoes. I took it for granted that women could be in power (and dress casual).

TS: And you don’t think that’s the case today.

When Rep. Michele Bachmann showed up at the Republican debates last year with a perfect coif and a pound of pancake makeup, all I could think was “She is trying so, so hard to look good.” In 2008, Sarah Palin leaned on her looks as much as her platform. I was fascinated by how these women — some of the most powerful women in our country — felt they had to present themselves in public. John Edward’s $400 haircut aside, most male politicians didn’t face the same pressure.

TS: What’s your process for each of the prints?

I used all images in the public domain as my reference … photos from the floor, at constituent events, TV appearances, and in some cases, the politicians’ own press photos. I wanted to represent the women as they present themselves to the public. Usually that meant perfect hair and big toothy smiles, but I found some slippages, too — the occasional grimace, or looking away from the camera — and those moments were interesting. You realize very quickly how important eye contact is for the politician.

TS: What stood out most about the clothes?

So many powersuits! I mean, making that the “uniform” wasn’t hard. You’d be hard pressed to find a ponytail, but the bauble (nothing dangly) was everywhere. Gold link necklaces can’t be too big, and nobody shies away from pearls. I’d warn any woman with political aspirations away from wearing leopard print in public, but to each her own. 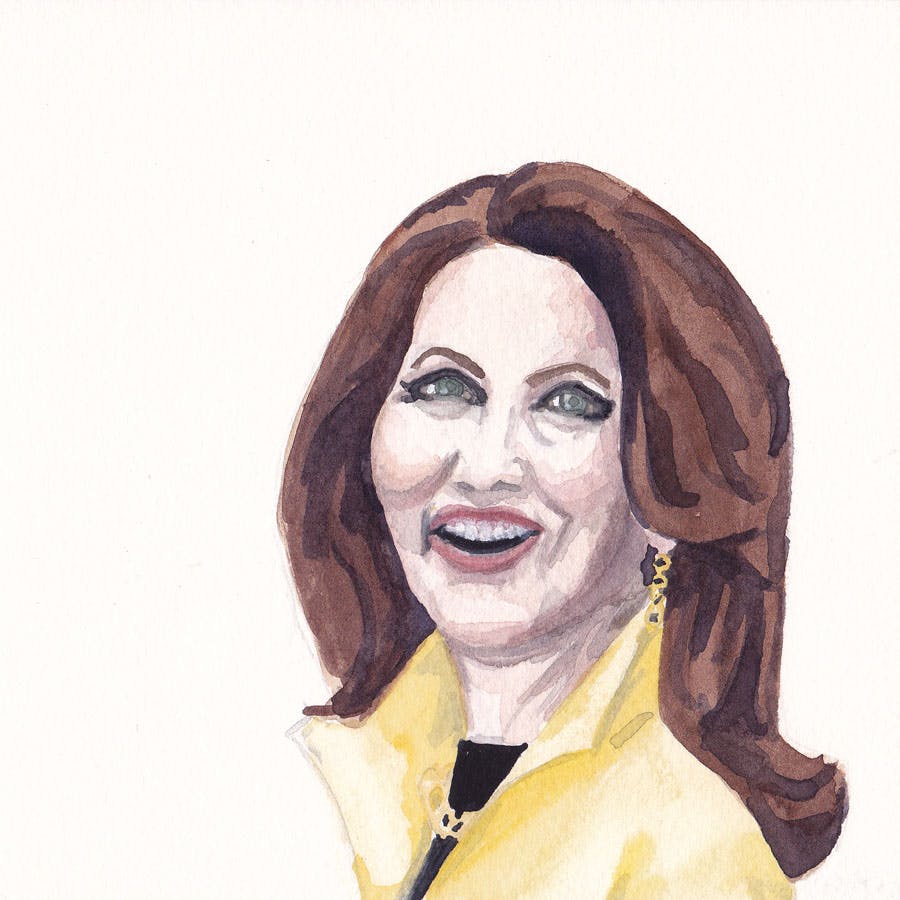 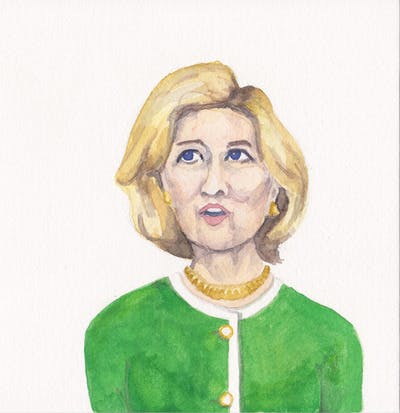 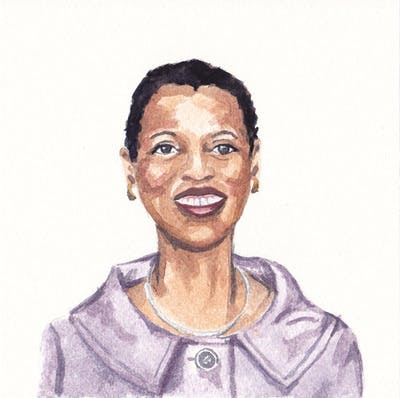 TS: What’s it like to see all the women lined up together?

There’s the “rainbow” effect … in the colors of the suits, but also the different ethnicities in the House (you’ll notice the Senate is all white). Still, that being said, I’m a little sad that everyone is trying so hard to achieve this same (or very similar) ideal look. Listen, I like red lipstick and a bouffant as much as anyone, but these women are leading our country, not winning beauty pageants. No one’s telling Chuck Schumer to get some highlights.

TS: Was there a particular artist you looked to for inspiration?

Maybe it’s a stretch, but I was also going for this Francisco Goya thing. He’s one of my favorite painters. There were the overt political statements of his “Los Caprichos” series, but I’m even more into his portraits of the royal family and their friends. They are these beautiful paintings, regal and all that. But Goya, he’s a sly one, and slipped in a little commentary, into the corners of the mouth, the wrinkles around the eye, the gaudiness of their gowns. It’s not any one woman’s fault that she’s trying hard to look good, but when you see so much preening, you’ve got to wonder: are these politicians or are they peacocks?

TS: What was the most difficult part of a politician to paint?

The hair! Painting anything shiny with watercolor is a skill and so, particularly shiny heads of hair (and highlights!) make for a challenge. Bear in mind we’re looking at an inch or two.

TS: Do you think you’ll ever paint the men?

I do think I’ll move onto men — some older congressmen have pretty awesome pinks and purples to their complexion. And there’s something subversive about making a mini-Boehner.

By Jessica Bennett, illustrations via Women of the 112th/Tumblr