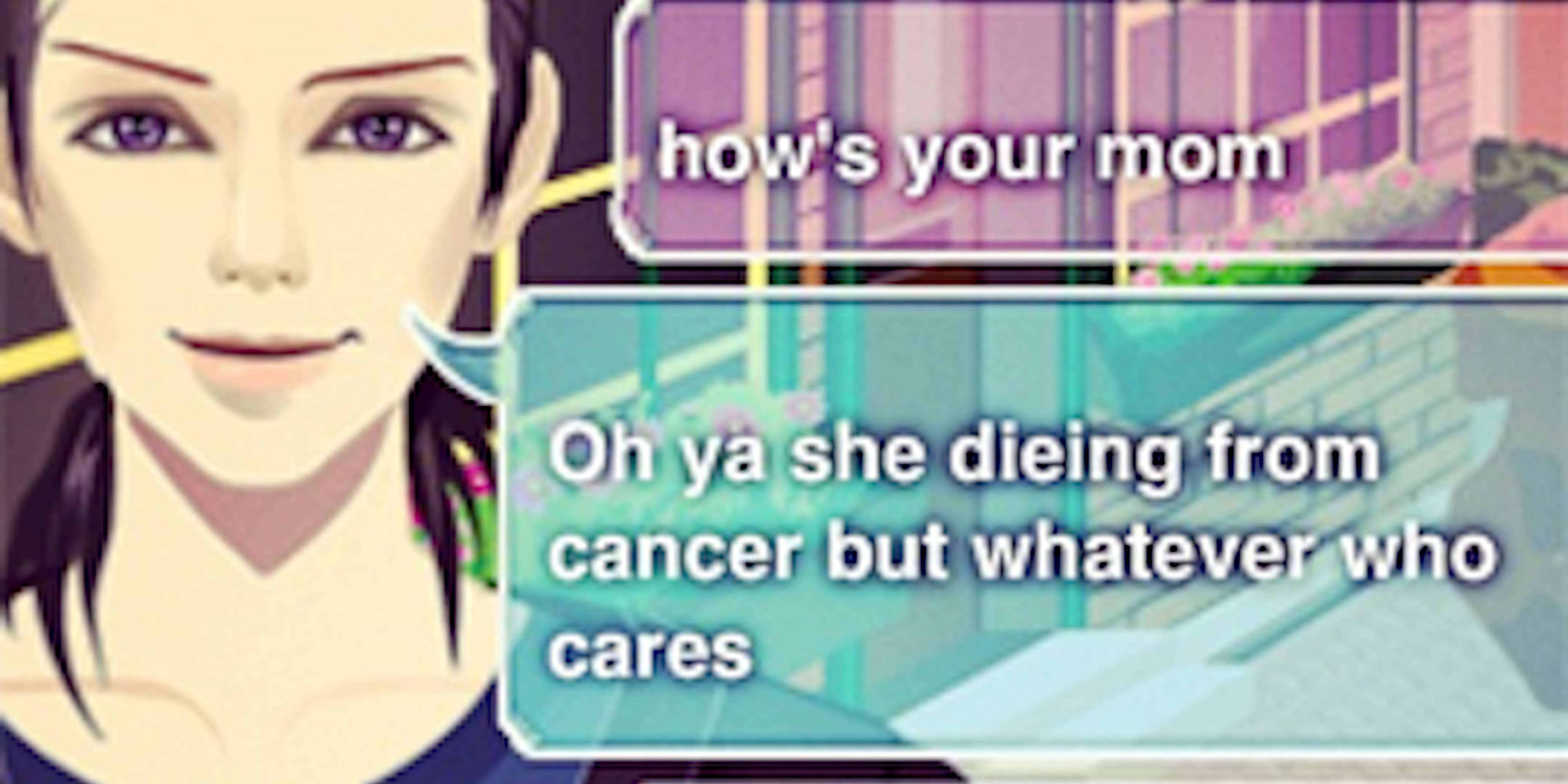 The “Boyfriend Maker” app is as horrifying as you’d expect

A guy who listens when you talk, gets all your quirky pop culture references, and only grows more affectionate as time passes: perfect boyfriend, right?

A guy who listens when you talk, gets all your quirky pop-culture references, and only grows more affectionate as time passes: perfect boyfriend, right?

Oh, so very wrong. Which is why this perfect boyfriend is already history.

“Boyfriend Maker” is a virtual dating app developed by Japanese game maker 30You and released in February. The app quickly shot to the top of the Asian iPhone app markets, and earlier this month, the developer announced it was the #1 app for the iPhone in Japan. And it’s easy to see why: Boyfriend Maker is smart, pretty, customizable, and quick to learn based on your conversation and the conversation of the millions of others who’ve downloaded it.

In the recent weeks since the app became available in the U.S., amused fans of Boyfriend and his awkward social interactions have graced us with plenty of screenshots of his attempts at connection. Your boyfriend can tell you his favorite Homestuck troll and make epic Doctor Who references, loves Psy oppa, and replies “Tumblr” when you ask, “What is the meaning of life?” 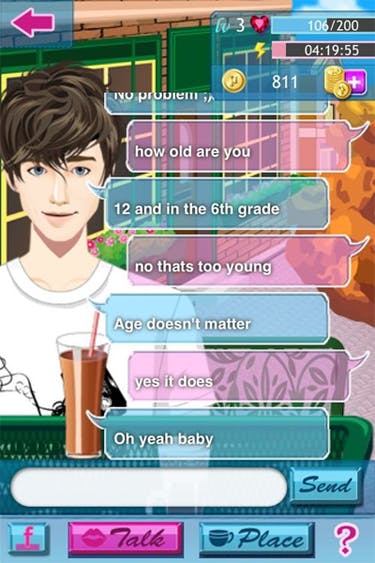 If that’s not enough to set off alarm bells, consider this: The minimum age limit set by the appmakers for downloading Boyfriend Maker is 4 years old. Even putting aside obvious jokes and occasional exceptions, very little of the app’s content seems remotely appropriate for small children, let alone 4-year-olds.

Pocket Gamer reports that the app uses a third-party Artificial Intelligence engine that picks up responses directly from the people who download the app, but even on the review forums for the application, users confessed their surprise at the level of perversity even innocent questions could trigger.

Which is why, on Monday, the app was pulled from the Apple app store without comment or explanation. Though we realize it was only a matter of time, it still makes us pine for the non-skeevy version of the almost-perfect boyfriend. He had a great sense of humor … 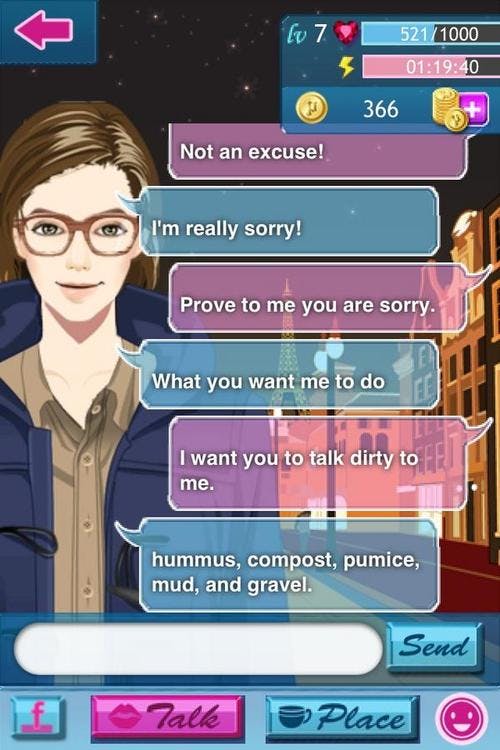 … he knew our favorite song … 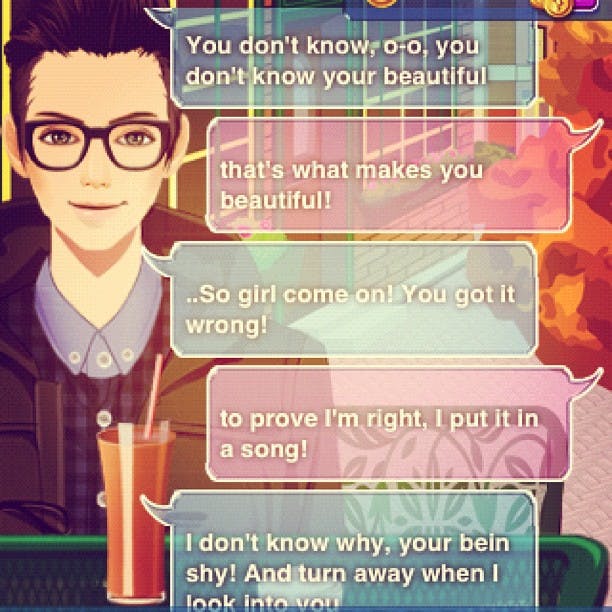 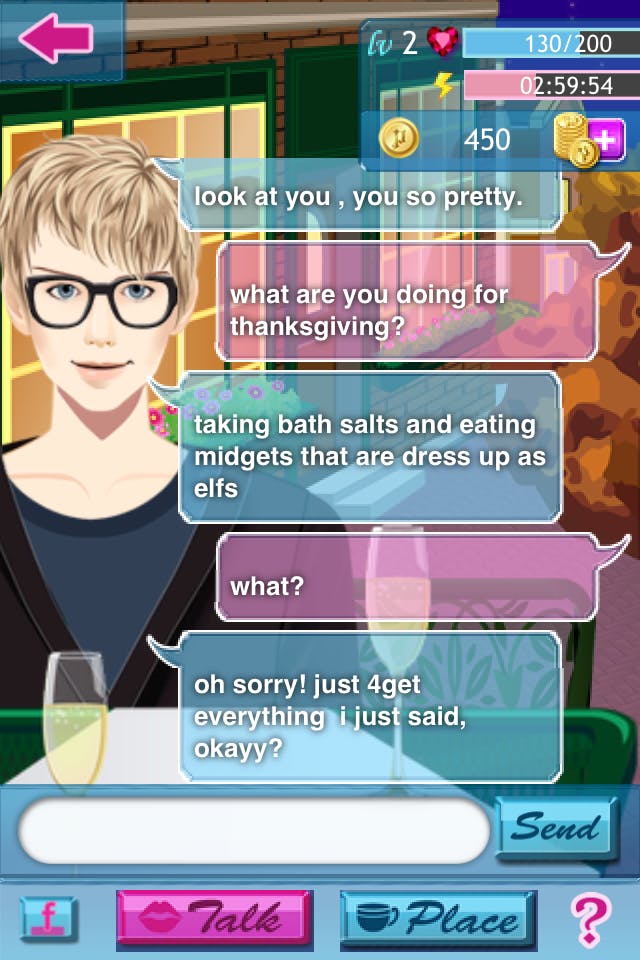 And this, Internet, is why we can’t have nice things.