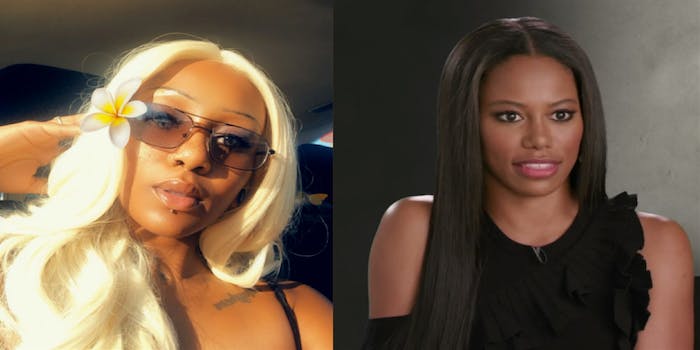 Zola's story about weekend in Florida captivated the internet.

Three years ago, a stripper named Zola went viral on Twitter with an epic tale of a wild and terrifying weekend in Florida. A film adaptation about that thread just cast VH1 actress Taylour Paige in the starring role, entertainment news site Shadow and Act reports.

Aziah “Zola” Wells composed a story in 148 tweets that grabbed the attention of thousands online, including Solange Knowles and Missy Elliot. Commenters insisted that Zola’s story would make a great movie. Ava DuVernay, the director A Wrinkle in Time even tweeted at the time about how impressed she was with the storytelling.

In India reading #Zola. Drama, humor, action, suspense, character development. She can write! There's so much untapped talent in the hood. x

Wells told Rolling Stone “the real” story behind her tweets later in 2015, clearing up several details about the story. According to Wells, she befriended a woman named Jessica and traveled to Florida with Jessica, her boyfriend, and a pimp named “Z.” From there, the story took wild turns including a suicide attempt, a murder, prostitution, and kidnapping. Wells remained adamant that many of the details are true, though she admitted she embellished some of it for entertainment value.

The Rolling Stone piece has now been acquired by entertainment company A24. The movie, titled Zola, will be directed by director Janicza Bravo, who did Lemon last year. James Franco was previously slated to be the film’s director but was dropped, possibly due to sexual assault allegations against him.

Paige, most known for her role on VH1’s show Hit the Floor is the most recent addition to the production. A24 conducted a nation-wide search for the title character, eventually landing who Bravo said is a perfect fit.

“I’m at a coffee shop in L.A. and in walks this girl. I’m entranced and can’t stop staring. It’s the way she sits in her body. It’s agency. It’s self-possession… everything that drew me to telling this story,” Bravo said of Paige. “One year later she auditions and I knew instantly.”

Though we don’t yet know when to expect the viral Twitter story on the big screen, but A24 will begin production on Zola this fall.