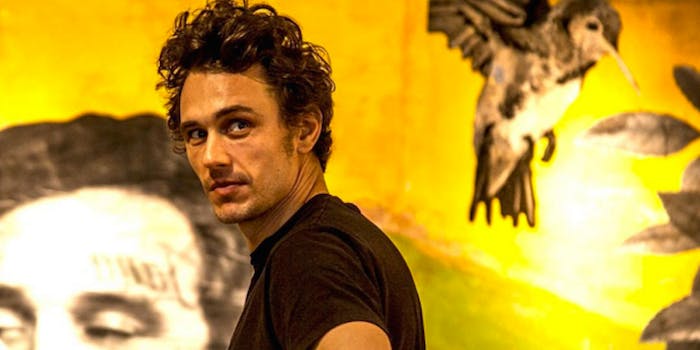 The Zola saga is getting the film adaptation that social media demanded.

But the good news doesn’t stop there. It was announced Thursday that stoner-comedy czar James Franco has been signed on to direct. The movie will be called Zola Tells All, and is based off the hugely-popular 148-tweet saga stripper Azia “Zola” Wells shared in late 2015 .

Like the tweets, the movie will chronicle the crazy weekend Zola spent in Florida with her new friend Jessica, Jessica’s boyfriend Jarret, and Jessica’s pimp “Z.”

Zola won’t be Franco’s first foray into directing, either: His IMDB page lists 33 directing credits since 2005, which isn’t too shabby for a guy who’s notoriously busy with other projects.

No timeline or casting information has been released yet, but it’s safe to assume this movie will be big.