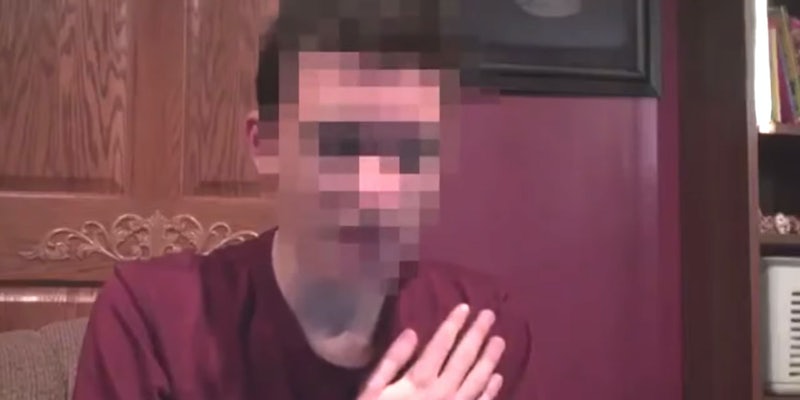 A self-described time traveler who made headlines across the world has come forward to reveal his true identity.

He also wanted to reveal that the time traveling claim was nothing more than an internet prank (obviously).

In a video posted to YouTube Saturday, 16-year-old vlogger Denis Bel details how he gained international attention by posing as “Noah the Time Traveler.”

Bel’s character racked up millions of views on the YouTube channel ApexTV, which hosts numerous anonymous and alleged time travelers, by claiming to hold knowledge about the future.

Alleging to be from the year 2030, Bel, who always appeared on camera with a blurred face, discussed everything from future presidents to the damage done to the U.S. by global warming in the coming decade.

In his reveal video on Saturday, Bel claims he was first approached by ApexTV when he was 14 years old and offered money to make a fake time travel video.

As his character’s popularity rose, Bel says internet users began trying to discover his actual identity. Bel was soon hit with a growing number of death threats from people who had accurately linked him to Noah.

Bel also says he had to delete a vlogging channel that used his real identity after it was flooded by internet users angry about the hoax.

“I can’t do this stupid character anymore,” Bel says. “I have to get rid of this looming that’s above me that keeps making me scared of being exposed.”

Bel further claims that ApexTV attempted to make him and his parents sign a non-disclosure agreement so that he could never reveal his true identity.

“I know ApexTV is going to be flipping once he sees this video because he knows I’m actually revealing everything,” Bel adds.

The young vlogger, who apologizes to anyone who believed the fake videos, now says he just wants to be a regular YouTuber.

Whether Bel’s admission will kill the YouTube time traveler trends remains to be seen.