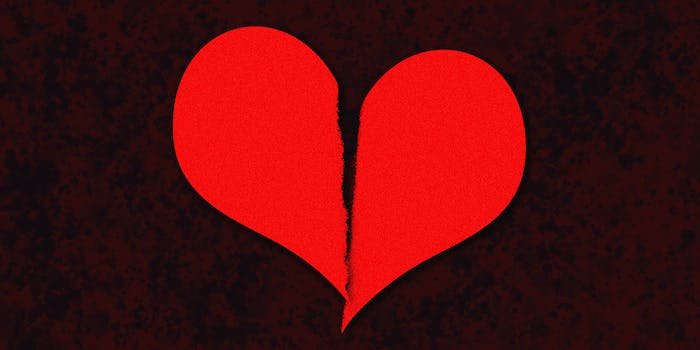 Nope, the shooter was not motivated by jealous tendencies or romantic revenge fantasies.

Yesterday afternoon, a woman opened fire at YouTube’s headquarters in San Bruno, California, leaving three injured before turning the gun on herself. She was identified as Nasim Aghdam, a 39-year-old woman from San Diego with an active YouTube channel who was reportedly infuriated with the changes to the platform’s monetized content.

“Youtube filtered my channels to keep them from getting views!” she reportedly wrote on her personal website. “There is no equal growth opportunity on YOUTUBE or any other video sharing site, your channel will grow if they want to!!!!!”

But before Aghdam was identified, the internet had another theory about why she attacked YouTube’s employees: Many believed she was a staff member’s girlfriend who wanted to kill her lover. But an ongoing police investigation has since found “no evidence” Aghdam personally knew anyone at YouTube or specifically targeted an employee, so how did the theory get started?

Breaking coverage from Tuesday reveals both police and eyewitnesses initially suspected the shooter opened fire against a boyfriend, and outlets from local station KTVU to the Daily Beast to the Daily Mail all cited the claim. From there, some Twitter users quickly picked up the information as fact. Others, particularly on the far-right, used the initial reports as a rebuttal to the left’s beliefs on why most active shooters are men fueled by entitlement, toxic masculinity, and misogyny.

A woman shot her boyfriend, but the rational response is to immediately label the NRA and their 5 million+ membership a "terrorist organization". OK. https://t.co/adTLapkg3I

Latest reports are that the female shooter who allegedly wore a headscarf shot her boyfriend before shooting herself.

Liberals are always saying how men are shooters and then there is a female shooter who shot up YouTube HQ. Hmmmm…
How are the Liberals going to handle this?
Blame the boyfriend, that's what they will do!#YouTube #youtubeshooter

so the @youtube shooter was a female who killed her Ex BoyFriend, gee… I bet liberals are conflicted about this, for one thing they will champion the shooter for standing up against the patriarchy but condems the use of a gun… oh well blame the NRA intstead #liberallogic

As irresponsible as it sounds, it makes sense that so many news outlets immediately believed Aghdam went to YouTube’s headquarters to target her boyfriend. The crazy, jilted girlfriend is everywhere in mass media. Websites like BroBible warn readers about dating a “psycho girlfriend.” Publications like the Daily Mail repeatedly write sensationalist headlines on everything from emotional ex-girlfriends to a boyfriend being forced to wear his “jealous” girlfriend’s face on a T-shirt. There’s even the Overly Attached Girlfriend meme, which makes light of the serious harm that women can do as abusers.

Americans are constantly told that women are just a few steps away from being unstable lovers who are prone to psychotic behavior. Back in the early 20th century, we even had a medical diagnosis for it: “female hysteria.” But digging into studies on active and mass shooter incidents suggest women just aren’t likely to grab a gun and open fire on their boyfriends in public.

Over at Mother Jones, a database listing every U.S. mass shooting from 1982 to 2018 reveals only three incidents where a woman carried out a mass shooting: The Alturas shooting, the Goleta Postal shootings, and the San Bernardino mass shooting. All three shootings had nothing to do with a scorned lover.

Meanwhile, an FBI study detailing 160 active shooter incidents from 2000 to 2013 reports only six shootings where women opened fire, and among those, zero targeted a partner. All but one incident were workplace shootings, and one case, the University of Alabama in Huntsville shooting in the ’90s, was carried out by a biology professor who allegedly collaborated with her husband to send a pipe bomb to a supervisor that gave her a poor review.

To anyone saying Nasim Aghdam doesn't fit the "liberal narrative"– I don't care if a shooter is a liberal female activist with a hand gun or a flying purple people eater with an AR15; we still need stricter gun control. #GunControlNow

Honestly, feel for the father of the YouTube shooter. He warned authorities about her behavior. A discussion about mental illness IS needed. Instead, once again, convo will devolve into solely focusing on guns & unfairly targeting NRA members. #nasimaghdam

All the initial reports about the YouTube shooter were wrong. Now, right-wing Twitter jumping to conclusions about the shooter—Nasim Aghdam—because of her name. Some calling her a jihadist with no evidence.

Just a heads up to Trump supporters:

1. The YouTube HQ shooter, Nasim Aghdam, wasn't Muslim. Assuming she's a "jihadist" based on her name shows your prejudice.

2. Nobody is trying to cover up the story to support the "liberal agenda.' Her name is still trending.

It’s obvious that women are capable of acting out the same cruel and senseless violence that men engage in during shootings. But typecasting female shooters into convenient stereotypes like the “crazy girlfriend” or the “psycho ex” does more harm than good. It suggests female shooters target innocent civilians because women are prone to violent crimes of passion against men. Rather, data from both the FBI and Mother Jones show preexisting behavioral problems and workplace issues, not ex-boyfriends, add to the profile of female active shooters.

In 2018, active shooter incidents, sadly, seem commonplace, and shootings like the YouTube headquarters incident may become the new normal. But the “crazy girlfriend” trope is as old as the sun and can lead reporters astray, causing the public to parrot baseless claims about a female shooter’s motives before a thorough investigation can begin.

The media must do due diligence on all suspects, not just men, if it wants to shine a light on why America has a problem with active shooting incidents. Anything less is doing victims a grave disservice—and harming innocent women worldwide.