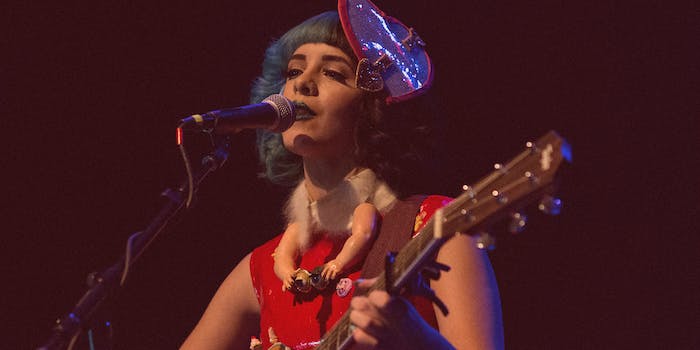 The woman who accused Melanie Martinez should be believed, too.

While sexual assault and harassment allegations have piled up against men in entertainment and media for the past two months, famous women have not been implicated in perpetrating such crimes. Until Melanie Martinez.

On Tuesday, musician Timothy Heller accused the singer and former Voice contestant of rape. She claims Martinez used her fame for personal gain, manipulating her into compliance.

“I never said yes,” Heller explains in her account. “I said no, repeatedly. But she used her power over me, and broke me down. Just so there is no confusion, I was molested by my best friend.”

In most of the accusations made against men since Harvey Weinstein was first outed in October, women largely believed other women when they called out abuse. But with Martinez and Heller, both women, Twitter erupted with users taking sides. Some believed Heller.

The Melanie Martinez story is finally shedding light on the fact that rape/molestation can be slow and subtle. Not every rape is violent and fast. Its so disgusting to think that she manipulated her friend over time. We shouldn't allow fear to stop us from speaking out.

Others argued that she couldn’t have been sexually assaulted, because she didn’t resist enough.

Or that there are two sides.

Melanie Martinez is canceled?! Bullshit, honestly, you don’t know the fully story. No one does, no one will until there is actual evidence. Melanie tweeted and admitted that they did but it wasn’t one sided and there are a lot of people out there just looking for attention. 🙁 pic.twitter.com/aG1CT4mPI1

Or she was just seeking attention.

However, all of these excuses—that she didn’t resist “enough,” that Heller is just trying to gain fame by accusing someone more famous—are toxic, victim-blaming dribble that feminists would never give a pass to if the abuser was a man. Each excuse throws the onus of proof onto the victim, casting Heller as an opportunist while giving her alleged rapist the benefit of the doubt. They’re the same kind of claims people have made to support people like Woody Allen for years. They’re the kind of claims the last two months of #MeToo stories have finally started to prove are bullshit.

In other words, these excuses force the accused to be the perfect victim in order to be treated fairly. But there’s no such thing as perfect victims. And if sexual assault is truly about power, then anyone who holds control over others can commit rape. Even women.

Assault is about taking from others 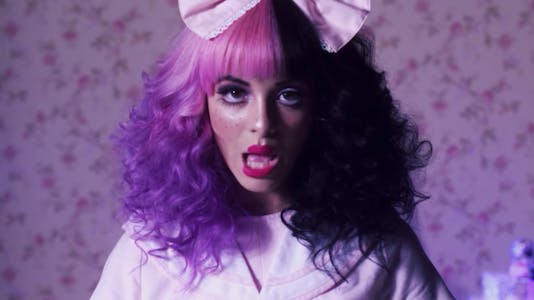 In order to understand sexual assault and rape, we need to admit an uncomfortable truth: Power isn’t entirely centralized in one group or person. While there are certain identities that are assigned more power than others in society at large—like white straight cisgender men—marginalized people can also exert power in interpersonal settings. For instance, a popular singer can use her fame and wealth as a weapon over her friends. And that means sexual assault, while gendered, is fundamentally rooted in who has power and how they use it.

“Sexual assault is a form of sexualized violence,” the University of Michigan Sexual Assault Prevention and Awareness Center states. “Like many other crimes, sexual assault is about power and control. Sexual assault happens because perpetrators put their desires over the survivor’s agency to consent.”

Being white, male, or straight isn’t a prerequisite to committing rape. Power is. And there are many women out there like Heller who are abused because they’re disempowered.

And here we see the correct and incorrect way a fandom profile deals with the fact that the person their page is modeled after is a rapist #MelanieMartinez #NoMeansNo pic.twitter.com/vvWiAm3X3c

In fact, we know domestic violence among queer women is extremely high, which suggests that women in the LGBTQ community who commit sexual assault may do so because their victims are marginalized. After all, if police rarely take rape seriously when men assault women, then it’s even less likely that officers will believe women who are assaulted by other women. That’s called rape culture.

“Rape culture is the gradual normalisation, through, for example, jokes, commentary, and apologia, of the exertion of one person’s will over another, through the use of coerced or forced sex acts, such that such exertions become acceptable or justifiable as either hypothetical or practical actions,” Matthew G.P. Coe wrote for the Daily Dot several years back.

He’s spot on. And because women are cast in a binary where they’re either victims or liars, rape culture says women cannot commit rape. Queer women cannot abuse other women, nor can straight women harass and assault men. In one case, an anonymous victim who was raped at a women’s slumber party wrote for xoJane that her hostess downplayed the entire incident because her rapist was another woman.

“Sometimes these kinds of misunderstandings happen at parties,” the host told her. “Girl drama!”

From an early age, Americans are programmed to think about sex as something that’s taken or earned. Dominant men win sex, and powerful men take it from others. Or as the president once said, “When you’re a star, they let you do it. You can do anything. Grab ’em by the pussy.”

Many men believe these things, enough to vote a man into office who admitted to sexual assault. But it’s not just men who think like this. Women say similar things all the time. And entitlement runs rampant in the queer community. Some women pride themselves on “fucking bitches.” Others see sex as a game, with orgasms being the objective. And it’s not as if this entitlement is strictly gendered. Femmes can feel like they’re owed sex. Butches are assaulted, too.

I was a fan of Melanie and I believe the victim because that is what I stand for. You don’t bend your morals just because you like someone’s music. You guys are so hypocritical.

Melanie Martinez confirmed that Timothy's story is real, and yet people are STILL telling Timothy she isn't a rape victim because she didn't fight back despite the fact that she was intoxicated and said no. WOMEN CAN BE RAPISTS AND SHOULD BE HELD ACCOUNTABLE TOO.

Rape culture argues sex is about dominant men seducing submissive women, and those values run rampant in everything from newspaper tabloids to wedding ceremonies. But queer sex isn’t immune to heteronormative values when everyone grows up in a world that teaches consent isn’t worth the effort. If our culture teaches people to view sex as something that’s taken, won, or earned, then it’s only natural to assume that women can commit rape, too. And in many cases, female rapists manipulate gender roles for their own gain.

“The three main implications are ‘Women are too weak to harm someone,’ ‘Lesbian rape is hot and it’s harmless. It’s not real,’ and ‘All rapists are men,'” clinical psychologist Suzana Flores told Autostraddle back in 2013. And all three of those excuses are used by female rapists to justify their actions, whether consciously or otherwise.

When the Weinstein scandal first broke out and the “silence breakers” began sharing their stories, victims who have been sexually harassed and assaulted by women have been quietly wondering whether a larger conversation would soon begin about women who commit rape. But we live in a society where men who commit violence against women are still given the benefit of the doubt, especially by the justice system. So calling out queer rapists, female rapists, may take much longer, especially when these abusers have rape culture on their side.