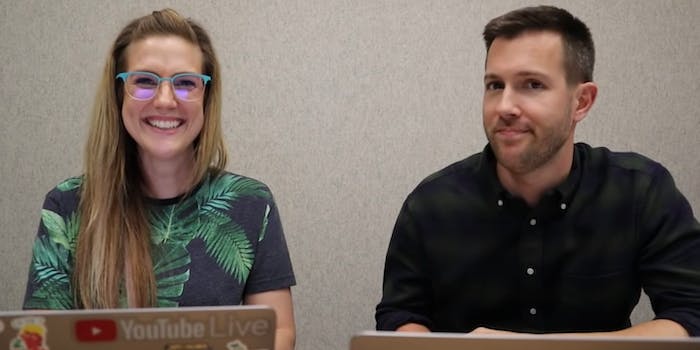 This is some good f*cking info.

If you’re a YouTube creator, and you want to say the word “fuck,” you’re fine to use that curse and still monetize your video. You can say “cock.” Or “bullshit.” Or even “pussy.” But as YouTube explains in a vlog, there are a few restrictions for when you can curse like that and whether you can use curse words in your title and thumbnail.

And you can forget about using racial slurs or hateful words.

In a video titled “What THE &$!#%!!! Profanity in YOUR YouTube videos and how it affects the MONETIZATION icon,” the Creator Insider YouTube channel—run by those who work on YouTube’s tech team to help creators navigate the platform—spelled out what you can and can’t say if you want to keep your videos monetized with ads.

Obviously, they say, you can go ultra-PG and say phrases like “crud,” “fiddlesticks,” and “sweet niblets.” Say any of those, and the platform will allow YouTubers to continue making money off their videos.

Mild swears like “dang” or “hell” are OK to use whenever and however—and how many times—you want without facing the fear of demonetization. But it gets a little murkier when YouTubers begin using more R-rated language like “motherfucker,” “asshole,” or even “douchebag.”

“It’s the type of words you don’t hear on primetime TV,” YouTube said in the video. “The words you wouldn’t say to your mom.”

You can say those types of swear words, but to keep the ad revenue rolling into your bank account, you can’t use those them in the title of the video and the thumbnail, and you have to be judicious with how you use them at the beginning of the vlog. Tubefilter translated that to mean in the first 30 seconds of a video.

If you use any racist, misogynistic, or hateful language—no matter when it happens or if it’s bleeped out—the video will be demonetized.

“Stubbing your toe and saying, ‘Oh, F-bomb,” it’s not the end of the world,” YouTube said. “Totally fine for monetization. But if you upload a video that’s screaming at someone, F-bomb, F-bomb, and saying really terrible things about them, that’s not really the type of content advertisers want to run their ads in front of.”

While cursing doesn’t seem to be much of a controversy, other YouTubers have had their issues this week. Jake Paul stoked outrage when he uploaded a dangerous Bird Box Challenge that was age-restricted, demonetized, and eventually pulled off the platform. YouTubers AngryJoeShow and SmellyOctopus also uploaded videos ripping the copyright claim system that they said was being abused by third parties and cost them ad revenue.