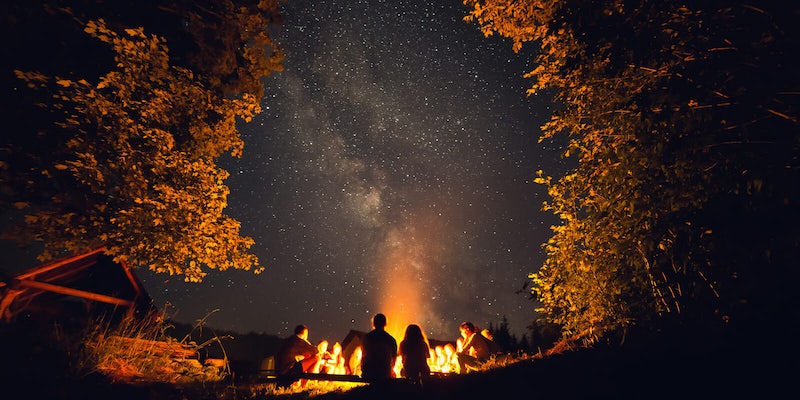 Per a recent report from the Wall Street Journal, parents are spending nearly $1,000 dollars a week for their children to learn how to create branded social media-related content. Though YouTube is not affiliated with or in any communication with any summer program, such camps are on the rise, and parents with means have made them a thing.

One summer camp gaining traction is YouTube STAR Creator Studio. Located in Culver City, California, its website states that it “branches out from traditional storytelling to how to create the fun and hilarious content that kids love to watch.”

The camp is designed for those in first through sixth grade, according to the website, and charges $375 dollars a week.

Update 7:50am CT, May 25: “STAR Camps are generally lower priced and offer much more hands-on experience than other similar day camps,” Alexander Rossi, senior department director of STAR, wrote the Daily Dot in a statement. “We hope that kids will not only walk away with skills, but also the confidence to forge their own distinct path in the digital space, and a sense of how to interact with it responsibly.”

Another prominent company is Level Up, which, according to the organization, became the first company in North America to offer YouTube classes and camps when it opened five years ago. Level Up takes an educational approach toward the platform to attract kids who “want to learn how to create an awesome YouTube channel,” and promises that the class will give students the “skills to create engaging videos.”

The topics covered in Level Up’s the summer camp range from learning how to interview people, draft storyboard ideas, and source and sync audio files.

Level Up Signs are popping up around the country.
Make sure you sign up for camp while you can.https://t.co/F7823zFgdJ #levelupkids pic.twitter.com/TiFidtxu10

Level Up’s video production courses are open to those aged 9-15. And, although YouTube’s minimum age requirement is 13, accounts run by parents are permitted on the site. YouTube has also created an app for families with young children called YouTube Kids and has various guides and informational tools for young people and their parents who wish to become content creators.

“[At our program] younger students are only able to use their parents’ accounts,” Hughes said. “We work hard to protect the child’s and parent’s privacy. All of the channels and videos are set as private. All comments are disabled for safety. In addition, we have some parents who want their children to learn the skills but don’t want their videos posted yet. In that case, we go through the entire creation process with the exception of uploading. We store them on a thumb drive or Google drive for the parents to bring home.”

Level Up administers classes through its learning center, which offers year-round programs to prepare students for college, careers, and internships in the industries of game development, programming, visual design, and robotics.

The organization also believes that the skills needed to create a successful YouTube channel are transferable and can lead to success in other media-focused careers.

“The YouTube Classes is part of our visual design track which includes YouTube, animation, photography, graphic art, etc,” Hughes continued. “[Children will] learn about creating their personal point of view, finding and building an audience. They learn how to create goals for a video, write a script or storyboard. They learn about graphic design as they customize their page. In addition, they learn things like teamwork and problem-solving.”

Despite the rise in programs, many parents interviewed in the Wall Street Journal dismissed the idea of being a “YouTube star,” believing it as nothing more than a hobby for their young children.

Rossi disagrees, believing that being a YouTuber is a viable career path for the next generation.

“YouTube is now not only the preferred source of entertainment for kids, but it is also now their preferred career choice,” Rossi said. “We hope that we can help start the conversation with families about what it means for young people to use YouTube and other internet platforms as a means of self-expression.”