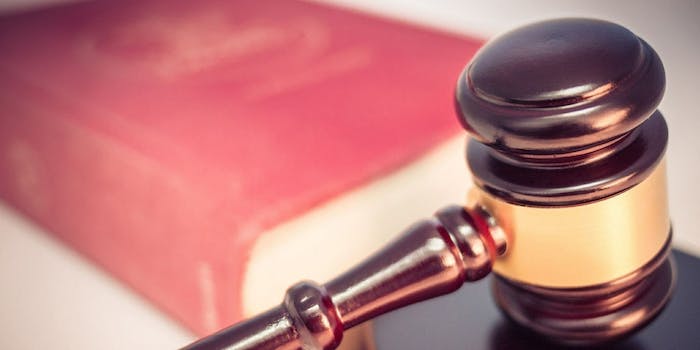 He was sentenced to 20 months.

A French YouTube agent has been found guilty of sexual abuse of a minor, and on Monday, he was sentenced to 20 months in prison, according to Dexerto.

Described by BuzzFeed as “a jack-of-all-trades manager” for YouTubers, 33-year-old Benjamin Lemaire was found guilty of sexual abuse of a minor under 15 years old, corruption of 10 minors, and possession and distribution of child pornography, Dexerto reported.

According to French newspaper Le Parisien, the father of a 13-year-old boy discovered “particularly raw” messages on a mobile device that came from Lemaire in 2013. The boy reportedly said they had several physical encounters, including one that was sexual.

Since then, police found child pornography at his home—reportedly more than 30,000 photos and nearly 1,000 videos—and Lemaire was arrested in 2014 and charged with having sex with a 15-year-old boy.

Dexerto wrote that Lemaire was accused of using his company, called SocialTube, to help him gain access to potential YouTubers who he then could convince to trust him. Dexerto wrote, “These advances would escalate to sexual conduct, whether via video or in person.”

YouTube continues to have problems with the exploitation of children who watch—and star in—videos that are viewed millions of times. The creator of a large network of channels starring preteen and teenage girls was recently arrested and charged with “lewd and lascivious molestation” of one of the performers. One former performer told BuzzFeed that SevenSuperGirls owner Ian Rylett made them feel like “we were being groomed for some darker audience.”

Popular channel DaddyOFive lost custody of two of their five children last year after the parents’ pranks were categorized as abusive and they temporarily deleted their channel, and YouTube has had trouble keeping disturbing videos aimed at kids from infiltrating its algorithm.