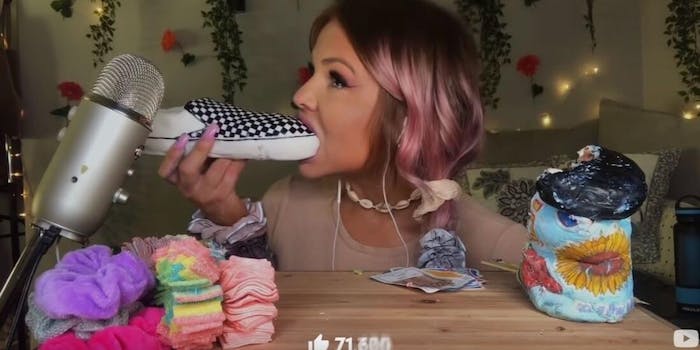 Despite changes, the YouTube 2019 Rewind video is still massively disliked

Millions have already given the video a thumbs down.

Although YouTube went a different direction with its 2019 Rewind video, making it a data-driven music video instead of a celebrity-filled product with original content, the hate for the end product is basically the same as it was in 2018.

The 2018 Rewind video is the most disliked YouTube video in history with more than 17 million thumbs down. In the first 20 hours since the 2019 version launched on Thursday, more than 2.6 million people have disliked it. The video has received 1.3 million thumbs up.

By Friday morning, the video had more than 20 million views, and it was the No. 1 trending video on the site. But that doesn’t mean people enjoyed it. Particularly creators who are well-regarded and popular on the platform were outspoken about their disappointment.

At the beginning of the video, knowing how much backlash last year’s version created, the following text appeared:

YouTubers complained that wasn’t what they wanted, either.

“Pretty disappointed in YouTube rewind tbh.. very out of touch,” YouTuber Ethan Dolan wrote. “There’s more to creating than numbers! We need to give people credit for their effort/talent, not how much attention they get.

Pretty disappointed in YouTube rewind tbh.. very out of touch. There’s more to creating than numbers! We need to give people credit for their effort/talent, not how much attention they get. very cool people were given recognition in the vid but for the wrong reasons I feel… :/

Dolan continued, “[YouTube] stated that this video was strictly created for the viewers basically to avoid the hate they recieved last year. Not a good message to promote. You should always create for YOURSELF, not for the approval of others.”

People also had problems with creators who weren’t mentioned, particularly gamer Etika, who showed mental instability multiple times in YouTube videos before he committed suicide in June. It’s understandable why YouTube wouldn’t recognize Etika, but it still upset some.

Gonna say it right here right now, the fact that YouTube didn't even mention Etika hurt. No tweet on his death, no mention in the Rewind, family friendly or not, it's sad how our boy has been forgotten.

Wrote gossip show host Keemstar, “In HISTORY do we learn about people being nice or do we learn about war & major changes in humanity caused by conflict? Drama is how we remember the years naturally because it’s pulled real emotion from us. Major Drama of a year should be included YT Rewind cus it defines us.”

Not everybody detested the new video, though. Casey Neistant wrote that he appreciated the effort even if it wasn’t “as sensational or produced as years passed.”

i liked rewind 2019. not as sensational or produced as years passed but i appreciate;
-not just same old faces (except my same old face)
-highlighting new creators
-how international it was
-the focus on likes and channel growth
-seeing @pewdiepie https://t.co/RuRaxux7y6

Still, YouTube probably envisioned more vitriol was headed its way when the 2019 Rewind video was released. On Twitter, a 31-second preview of the video ran on YouTube’s official channel. The top comment from that tweet asked, “Anyone else wish there was a dislike button on twitter?”