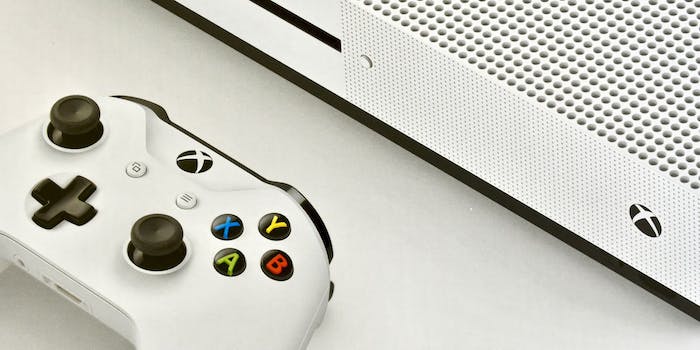 The best Xbox One TV tuners and how to install them

Xbox One is a great streaming device. Its media player supports services like Netflix and lets users connect a hard drive to stream their own content. What most people don’t know is that Xbox One can also be connected to a digital TV tuner to stream live broadcast programming.

This feature isn’t widely known because Microsoft doesn’t make its own digital TV tuner anymore. That doesn’t mean there aren’t options, though. Depending on your budget and the features you value most, Xbox One has a number of digital TV tuner solutions waiting for you. Here are the best Xbox One TV tuners and how to get them working on your system.

The best Xbox One TV tuners

While there are other digital TV tuners on the market, Hauppauge is the only one Microsoft officially supports. Don’t risk wasting your money or your time on an unproven third party.

Users can plug this device into their Xbox One and a digital over-the-air (OTA) antenna to watch live TV on their console. Once installed properly, the Hauppauge digital tuner allows you to watch and pause live TV using the Xbox OneGuide application. The application also gives you an easy way to browse the display listing of what’s showing.

If buying a third-party product that Microsoft may suddenly stop supporting someday doesn’t appeal to you, there’s another option: the HDHomeRun. We’ve covered HDHomeRun before while discussing the Plex TV app, but you won’t need Plex to use it on Xbox One. The HDHomeRun has its own app for Xbox.

HDHomeRun is a network-based digital TV tuner. By connecting HDHomeRun to your digital OTA antenna and your Wi-Fi network, you’ll be able to stream every channel your antenna picks up to your Xbox.

One massive advantage HDHomeRun has over the Hauppauge digital tuner is its compact nature. The HDHomeRun doesn’t need to be plugged into your Xbox One directly; it connects to your device through its own special Xbox One app, which means you can put it anywhere you get Wi-Fi. This gives you dramatically more flexibility when placing your devices. To get the best signal out of your OTA antenna, you’ll want it by a window.

HDHomeRun supports 5.1 Dolby Sound, pause and rewind, and automatic channel-scanning. It also has a built-in DVR system, allowing you to record your favorite content for a low annual fee. The HDHomeRun comes with a $100-plus starting price, and accessing HDHomeRun’s DVR costs $35 per year (under $3 per month). Considering the cost, unless you want the extra features, Hauppauge is a better deal.

1) Find a place for your antenna that gives it an unobstructed view of a window. If your TV is in the middle of the room, don’t hide your antenna behind your entertainment system. If you’re worried about it looking tacky, place it behind your TV.

2) Connect your antenna to your Hauppauge digital TV tuner and then plug it into your Xbox One.

3) Turn on your Xbox One and download the OneGuide app. Follow the onscreen instructions to complete TV set up. Once you’re done, browse through your available channels, taking notes. Are you missing a channel you previously had? Is the signal weak? You may need to move your antenna around to get the best signal. Don’t be afraid to experiment with placement.

There are several models of HDHomeRun, each a little different. Your model will come with installation instructions. We’re going to walk you through setting up the HDHomeRun Connect Duo, the company’s entry-level device.

1) Connect your HDHomeRun to your antenna.

2) Connect the HDHomeRun to your router using the ethernet cable that comes in the box, then plug in the device.

3) Download the HDHomeRun app for your Xbox One. You can find it by searching the Xbox One app store.

4) Visit http://my.hdhomerun.com/ on your home computer. The website will automatically sense if there is an HDHomeRun on your network. Follow the instructions to finish the setup.

5) Fire up the HDHomeRun app on your Xbox One. You won’t need to log in to an account to start watching. If your Xbox One and HDHomeRun are on the same Wi-Fi network, the app will automatically detect its sister device.

What is the best for Xbox One digital TV tuner?

Ultimately, picking the best Xbox One digital tuner comes down to quality. At $100, the HDHomeRun is more of an investment than the $59.99 Hauppauge tuner. However, in our tests, HDHomeRun was the superior device. Because it doesn’t need to live right next to your TV, you get greater flexibility in antenna placement, leading to a better picture. We also greatly prefer its app to Microsoft OneGuide.

Hauppauge doesn’t support DVR, and while HDHomeRun charges to use its DVR, $35 a year is a solid deal. Spending $100 on a digital TV solution after you’ve made the choice to cut the cord with your cable company can sting. We understand. But if you want the best digital tuner for your Xbox One, HDHomeRun is the one for you.