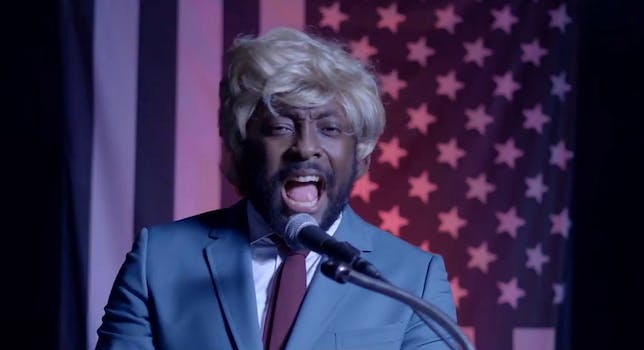 Madam Boss has a nice ring.

We’ve all been waiting for Will.i.am to turn Donald Trump‘s leaked audio into a song. Finally, it’s happened.

In this Funny or Die clip, he’s Donald T.Rump and “Grab’m by the Pussy” is the mantra. The track uses a real sample from Trump’s now-classic hot-mic tape, and while it’s lacking in other resonant lyrics or a good beat, the final shot sends the message home: vote.