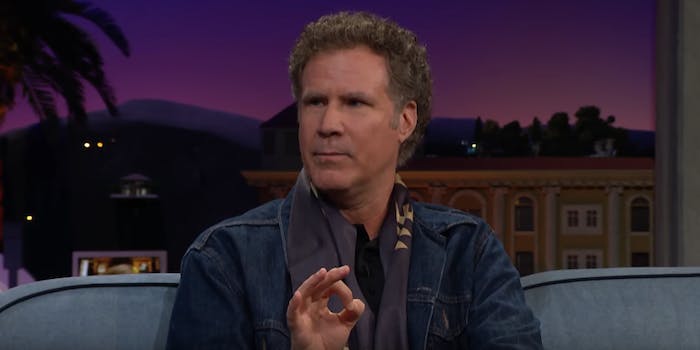 Will Ferrell to star in, write Netflix comedy about Eurovision

Good news for Will Ferrell fans: He’s bringing his antics to Netflix.

The streaming giant announced Monday that Ferrell will be writing and starring in an original movie about the Eurovision song contest—Europe’s annual singing competition that launched the careers of ABBA and Celine Dion. For the unfamiliar, Eurovision is a little like American Idol meets the Olympics. Every participating country submits a new original song, performed live by an artist in the hopes of taking home the winning honors. Countries aren’t allowed to vote for themselves, so there’s a certain Model U.N. element to it too. In May, 43 countries competed for the prize in Lisbon, with Israel’s Netta taking home the title for the song “Toy” (there was some drama with China and censorship, too).

Will Ferrell will star in and co-write #Eurovision, a new comedy set around the iconic Eurovision Song Contest pic.twitter.com/PnXLUV1ilQ

In other words, it’s a setting filled with potential for Ferrell’s musical comedy and quirky characters. Few details have been released yet, but we’re picturing something like Blades of Glory meets Stepbrothers.