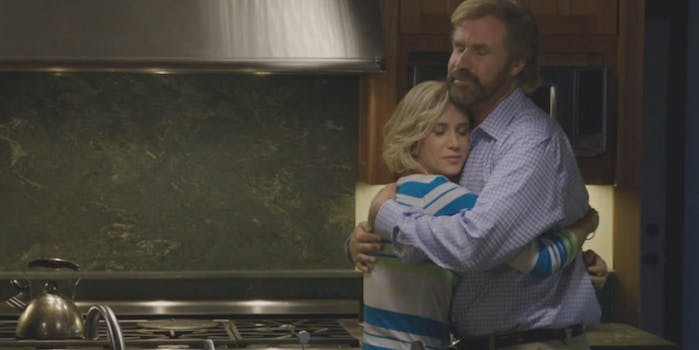 Too much drama for your (surrogate) mama.

It was only a matter of time before former SNL cast members Kristen Wiig and Will Ferrell‘s comedic talents collided onscreen, but we never thought it’d be a Lifetime movie.

The full trailer for their new movie, A Deadly Adoption, was released today, and it’s not quite clear if this is a parody of histrionic Lifetime movies or a real one. There aren’t any laughs, but all the hallmarks of a Lifetime movie are there: unhinged women, people uttering the words “I’m scared,” love triangles, vague menace.

Back on April 1 (wink), it was revealed Wiig and Ferrell were making this “secret” movie. The next day, Ferrell issued a statement, saying, “We are deeply disappointed that our planned top-secret project was made public,” adding that it’d been scrapped and that it was “in the best interest for everyone to forgo the project entirely.” Is Lifetime just trolling everyone? Because I’m into it.

The film joins Lifetime’s storied canon of films, including Sexting in Suburbia, Co-ed Call Girl, and Fifteen and Pregnant.