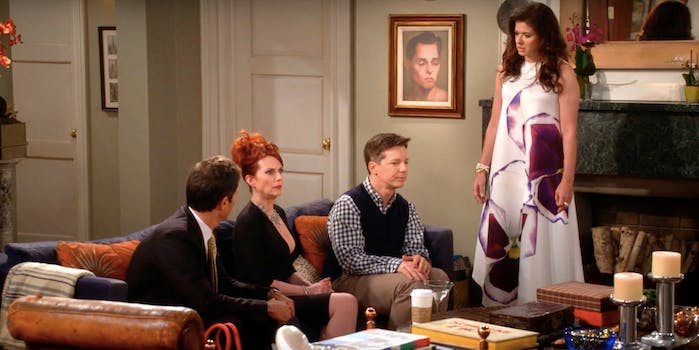 Leslie Jordan may have spoken too soon.

Will and Grace fans excited for the iconic show’s long-awaited reunion shouldn’t hold their breaths.

Though Leslie Jordan, the guest actor who played Karen’s rival Beverly Leslie, recently announced that NBC ordered a 10-episode season for July, Debra Messing has broken the cast’s silence on the rumor.

“Sadly, Leslie was wrong. Nothing beyond talks,” Messing tweeted.

What was that noise, you ask? Oh, just the shattering of hearts and clattering of tears across Will and Grace nation.

To the disappoint of many superfans, Jordan may have misspoke. But hey, with Will, Grace, Karen, and Jack on board, “talks” is better than nothing.