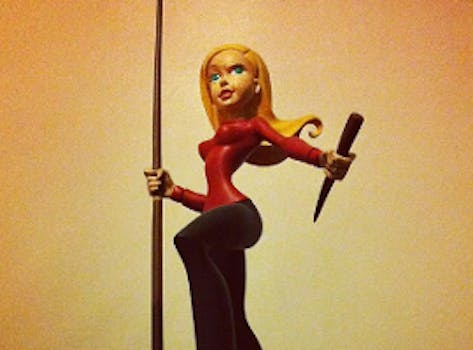 Why we (still) love The WB, the network that runs fandom

Don't know where to start with Supernatural or Buffy the Vampire Slayer? You've come to the right place.

The WB, the pulpy teen TV network beloved throughout the ’90s and oughts, had a long history of recycling stars from previous shows and putting them together in new and fascinating combinations, even before its conversion to the CW in 2006.

Now, real life is echoing fiction: Star of the late CW hit Gossip Girl Leighton Meester recently confirmed she was dating former WB star Adam Brody, who first turned heads in Gilmore Girls before going on to star in the short-lived but beloved The O.C.

In honor of this fairy tale romance, the Daily Dot thought we’d take a look at the network that brought them together.

Much like its string of hits, the WB may be gone, but it lives on. (The WB is dead. Long live the CW.) In fact, if you had to pick one single network that’s spawned the most loyalty and rabid fan followings within online fandom, the WB towers above all comers with its long succession of shows with large and occasionally enormous fandoms: Buffy the Vampire Slayer, Dawson’s Creek,  Angel, 7th Heaven, Felicity, Gilmore Girls, Sabrina, Charmed, Roswell, One Tree Hill, Everwood, Smallville, The O.C., and Supernatural. Its successor, the CW, the amalgam of WB and UPN, has continued the trend, first with Gossip Girl and now The Vampire Diaries.

All of these shows have made waves online and still enjoy lasting popularity, despite the fact that they’re often, perhaps unfairly, seen as trashy. With numerous shows on the list making it to the fabled seven-season mark and beyond, it’s clear that the WB found its audience. It also spawned a number of successful shows aimed at adults, including The Jamie Foxx Show, Reba, and The Steve Harvey Show, as well as reality staple America’s Next Top Model.

Now, even years after many of these shows have ended, the fans are still around. Here are highlights from the fandoms the WB has spawned over the years. From fanvids to fanfiction, Tumblr memes and more, we don’t wanna wait for our lives to be over before we thank the WB/CW for bringing us a decade—and counting—of fandom.

First, a look at the two largest fandoms to come out of the WB’s sprawling network run: Buffy and Supernatural.

Buffy the Vampire Slayer and Angel 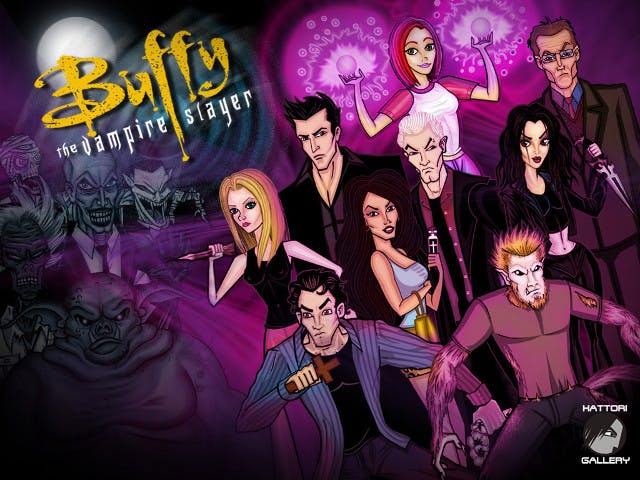 The original Whedonverse, Buffy focuses on the life and adventures of a female vampire slayer (Sarah Michelle Gellar), while Angel picks up with a focus on her undead ex-boyfriend (David Boreanaz). Buffy is a groundbreaking series well-known for its innovative writing and for practically incepting pop culture with the concept of a “strong female character” (back before the concept itself became the problem).

Buffy Summers, with her sharp stake (she calls it “Mr. Pointy”) and even sharper wit, is a heroine beloved by feminists and fanboys alike. It doesn’t hurt that the rest of the “scoobies,” her band of friends and supporters—which notably includes one of television’s first long-term lesbian relationships—are equally popular.

The fandom spawned from this 10-year franchise continues to be mighty and loyal, turning each of Joss Whedon’s subsequent projects into cult hits and coalescing in the massive mainstream success of 2012’s The Avengers. Meanwhile, the storyline of Buffy has been continuing for years in a succession of popular Dark Horse comic series, Season 8 and Season 9.

The large and ongoing fandom for the Buffyverse shows no sign of letting up anytime soon. The Buffyverse category at Fanfiction.net alone is over 45,000 stories strong, behind only Supernatural and Glee as the most popular television franchise on the site. Here are a few of the highlights: 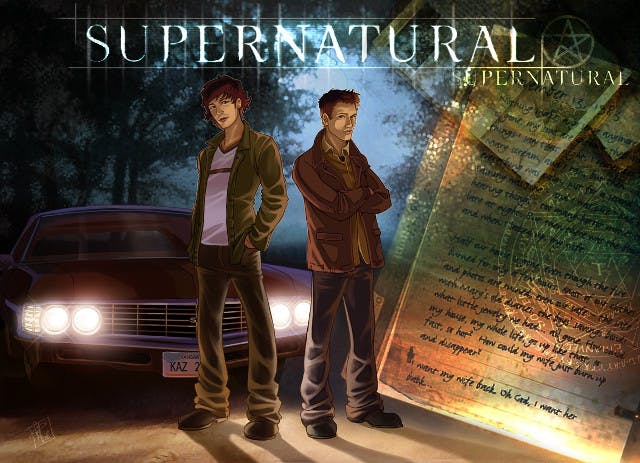 Featuring the beefy duo of Jared Padalecki and Jensen Ackles as Sam and Dean Winchester, two brothers with an, err, haunted past, Supernatural started out as a monster-of-the-week fest from creator Eric Kripke before evolving into an epic battle of angels and demons, cribbing from every kind of ancient and pop mythology available along the way. And then the fangirls found it.

The large and loyal fanbase grew rapidly and has expanded ever since, with many fans joining after several seasons, when Misha Collins arrived as an angel. The testosterone-fueled fan favorite is the second-largest TV fandom on both FanFiction.net and the Archive of Our Own, with innumerable fics and communities on LiveJournal and private fanarchives.

Supernatural, more than any other show, has an incestuous relationship with its own fandom (this will be ironic two paragraphs from now), in which it constantly refers to the fandom on the show itself, including giving Sam and Dean their own fictional fandom, one with many of the same attributes that the real fandom has.

This meta-commentary has been extremely popular with fans, but has also made many fans uncomfortable because of the extent to which it breaks the fourth wall. This thin line between fandom and the creators of its canon (or source material) is an ongoing point of fascination and controversy within the fandom. The show also has invited other forms of controversy, primarily for its perceived misogyny, lack of female characters, and the drama of its fandom.

The Fandom: The immense fandom for Supernatural—SPN, for short—has garnered it several People’s Choice Awards for favorite sci-fi/fantasy show. In 2012, the “SPN Family” picked up its own award for best fandom. But despite being referred to as a family, the Supernatural fandom is divided into fans of two main slash ships, Destiel and Wincest.

Charmed: This long-running series about a family of witches spawned a large amount of fanwork.

Fandom highlight: “A Company Man,” a season 6 AU (alternate universe fanfic) which focuses on the character of Chris and his surprising history—a popular recurring subject for the fandom.

Dawson’s Creek: This wildly popular show made a star out of then-unknown Katie Holmes and epitomized a crop of late-’90s teen shows featuring too-savvy characters and high levels of angst.

Fandom highlight: Build Our House on a Mountain, an epic The Office/Dawson’s crossover fic featuring popular Dawson’s character Pacey and The Office‘s Pam.

The Gilmore Girls: Three generations of women in a quirky New England town contend with life, love, and each other.

Gossip Girl: This CW show propelled all of its glamorous cast members to stardom and set us up for a revival of girls-in-Manhattan series.

Fandom highlight: “Telegraph Avenue.”  A slash fandom classic, this 30,000-word fic is full of light, easy banter and humor that makes this slow-building Ryan/Seth fic easy to enjoy even if you don’t know O.C. from OJ.

One Tree Hill: Yet another show about siblings, the WB scored a hit that carried over to the CW for nine seasons with this basketball-infused family drama.

Fandom highlight: The One Tree Hill Wiki is a currently active fandom wiki with 700 pages devoted to the show.

Smallville: Though the fandom is less active currently, for most of the oughts, Smallville fandom was one of the reigning slash fandoms, reviving interest in the love/hate rivalry of Clark Kent and Lex Luthor and laying the scene for the revival of the Superman franchise.

Fandom Highlight: “Bad Romance,” a popular fanvid by Sisabet that mixes footage from the animated Superman series, scans from the DC comic, and Smallville.

The Vampire Diaries: This wildly popular adaptation of the popular young-adult fantasy series of the same name has generated a large fandom with a number of fanfic communities, endless Tumblrs, its own ONTD spinoff, and much more.

Fandom Highlight: With so many different pairings to choose from, the Vampire Diaries fic recs on the LiveJournal rec community crack_van are a great place to start.

Think we’ve left off the highlights from some of your favorite WB and CW fandoms? Tell us what we’ve missed!