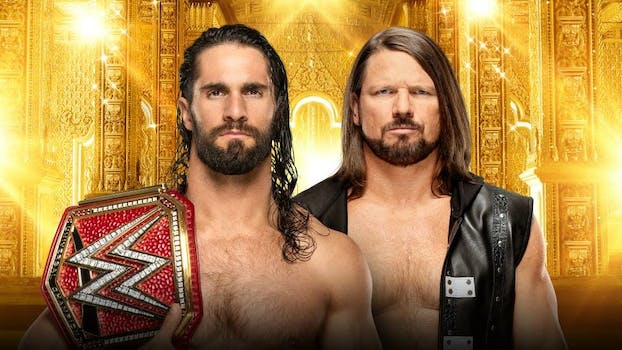 How to stream Money in the Bank 2019 for free

Watch all your faves scramble to claim the chance of a lifetime.

The only thing perhaps more exciting that Money in the Bank 2019 is the fact that you can live stream it for free just by signing up for a one-month trial of WWE Network.

There’s nothing else quite like Money in the Bank. It’s a wild-card match with extremely high stakes—literally. In order to win, a wrestler has to be the first one to scale a massive ladder and nab one of two briefcases suspending in the air. It’s basically a ladder match crossed with the Royal Rumble. It’s glorious. Oh, and the winner gets to challenge any other wrestler for a championship opportunity.

This sort of opportunity naturally fuels all sorts of snarling rivalries. Of the night’s matches, we’re betting on a few gems. Fiery Irish double champion Becky Lynch (or Becky Two Belts, as the wrestling fandom calls her) will fight not once but twice to protect her Raw and Smackdown women’s championships titles she earned during WrestleMania 35. We’re not sure which will be more delicious: Seeing “The Lady of WWE” Lacey Evans finally go up against Lynch after months of taunts and cheap shots, or Lynch facing up to Charlotte Flair for the first time since their Triple Threat match with Ronda Rousey at WrestleMania. Since Flair was left incapacitated after the two women ganged up on her, she ought to be pissed—so expect this one to be brutal.

Another not-to-be-missed match will go down between bad guy turned good The Miz and golden son Shane McMahon. Once friends, Miz asked McMahon to tag team with him in hopes of showing Miz’s father what he was made of. But McMahon turned on him after they lost the belts and attacked both his former friend and Miz’s dad. After a stormy WrestleMania match—in which Miz suplexed the both of them off a platform into a bunch of boxes some distance below—McMahon won on a technicality. This time, the two will face off in a steel cage match–and we can only hope it ends in a Skull-Crushing Finale.

WATCH MONEY IN THE BANK 2019 FOR FREE

Money in the Bank 2019 live stream: How to watch online for free on WWE Network

WWE Network is the best way to watch all your faves as they battle over the famed suitcase this year. If you’re not already a convert, the news is good: You can get a month of the service free right now, which means you can watch Money in the Bank 2019 without paying a dime. After that, the service costs just $4.99 per month, but you can cancel anytime. Considering WWE Network lets you stream all 14 yearly pay-per-view events at no additional cost, that’s an incredible deal. Seriously, just think about how many times you’ve paid $60 to watch one PPV. For that same amount, you’ll get a whole year of WWE Network—and access to all past events. Between NXT, RAW, and Smackdown Live, you’ll be able to watch all your faves hit the mat on a weekly basis, and you’ll also get access to documentaries, reality programming like My Son/Daughter Is a WWE Superstar, and originals like Wrestlemania Rewind.

Other ways to watch Money in the Bank 2019

If you have cable, you can order Money in the Bank 2019 from Spectrum, Cox, Xfinity, Verizon FiOS TV, Cable One, Dish Network and DirecTV for $59.99-$69.99. But given all of the benefits that come with WWE Network—not to mention the chance to get started with one free month—we’d highly recommend figuring out a way to live stream Money in the Bank using one of the devices listed above.

Money in the Bank 2019 schedule

Here’s everything you can look forward to at Money in the Bank 2019: