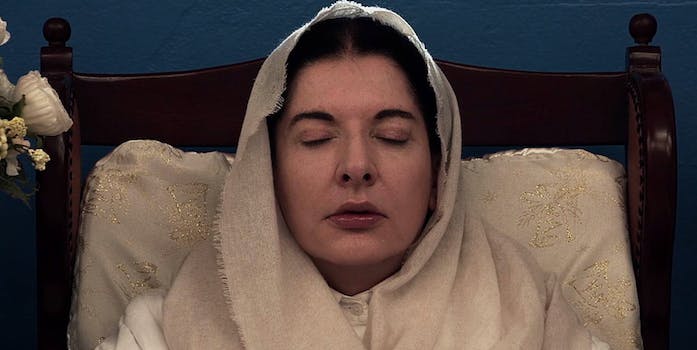 This round has an international angle.

Vimeo‘s new slate of original programming was announced today, and it’s putting ladies first.As part of Vimeo’s Share the Screen initiative, which aims to elevate the work of female filmmakers, the video platform will be releasing one new documentary, comedy series, and standup special.

Marina Abramović in Brazil: The Space in Between explores the renowned and controversial artist’s quest to have a spiritual awakening in Brazil. The tagline: “How far will she go to create another work of art?” It follows up her 2012 doc, The Artist Is Present, and will debut in October.

Vimeo is also releasing a new standup special from South African comic Loyiso Gola in November, which was directed and executive produced by Trina DasGupta. Vimeo has been carving out a space for standup comedy specials, but this is its first with an international comic.And in January, Vimeo will debut 555, a new comedy from Kate Berlant and John Early, directed by Andrew DeYoung. It’s described as an “anthology of eerie, luscious fables set in the cinematic underbelly of Hollywood.” Berlant and Early can be seen in Netflix‘s anthology show The Characters, but their short about two people with face tattoos is essential viewing.

Sam Toles, Vimeo’s global head of content acquisition and distribution, says the success of webseries High Maintenance, which recently debuted on HBO, made them take a closer look at what resonated on the platform. And it informed newer originals, like The Outs and Bianca Del Rio‘s 2015 standup special.

“A lot of this comes from the data we’re seeing,” he says. “We get a lot of viewership information.” And, as other platforms have discovered, comedy is in demand.

“It’s not necessarily the format,” he says. “We really look at the talent and invest in things we think are genuinely funny.”

Toles adds that this “latest slate has an international bent”: Vimeo wanted to start looking at non-U.S. titles. Revisiting Vimeo’s pledge to highlight female voices back in January, Toles says Share the Screen will continue to inform their original content as well.

“We really wanted to do everything in our power to make sure half the content we invested in came from female writers and directors,” he says. “We would love to see the whole industry invest in and promote women and their efforts.”