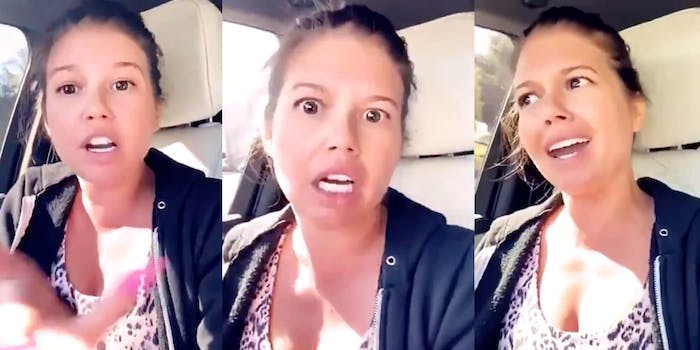 'I f*cking like everybody's sh*t, and nobody likes my sh*t.'

Most commonly recognized for appearing on Rob Dyrdek’s Fantasy Factory and Ridiculousness, Chanel West Coast has now gone viral for expressing dissatisfaction with her Instagram followers.

In a rant posted to Snapchat, West Coast described feeling as though her followers don’t like her enough, despite “being a friendly person.”

“For the most part, I fucking like everybody’s shit, and nobody likes my shit,” she says. “And I’m just like, ‘bitch I’m fucking famous on a million episodes of TV, and you got way less followers than me and I’m liking your shit and you don’t ever wanna like my shit? Who the fuck do you think you are? You think I’m desperate because I’m friendly and liking your shit? Ain’t nobody fucking desperate, I’m just being nice.'”

OK! Magazine also reports that West Coast asked why her music hasn’t “blown up” on her Instagram Story.

“If I had a dollar for every time someone asked me ‘WTF is going on with your music career? Why aren’t you more poppin’?” West Coast wrote. “I would be richer than if I had a hit song on the radio currently lmfao.”

“And this is why nobody likes your shit,” one Twitter user wrote.

Others responded with memes and mockery.

“Chanel West Coast is upset that folks are not *looks at notes* liking her Instagram posts?” Twitter user @Homie_Shanahnah wrote.