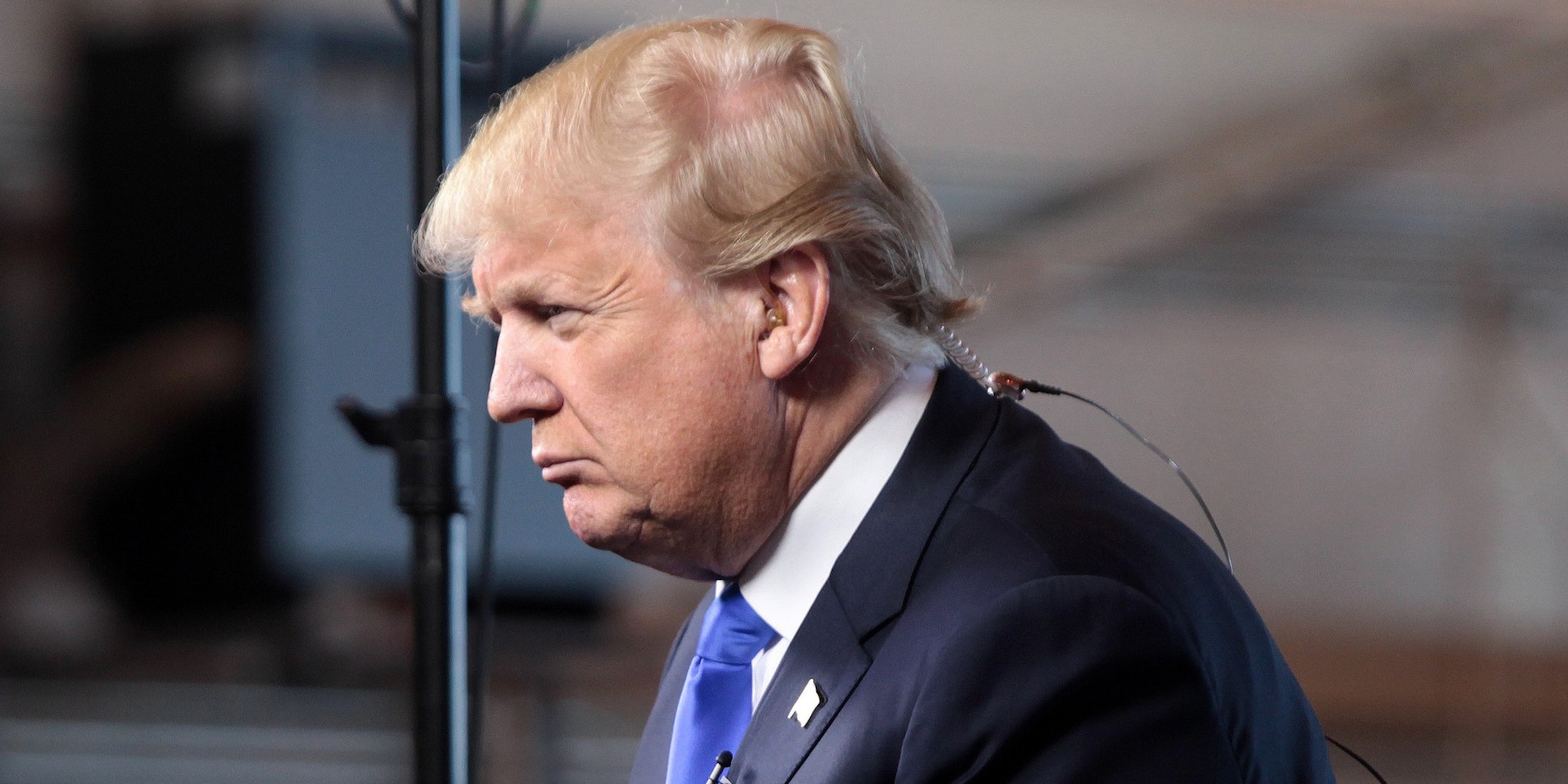 It's not just rumors anymore.

The rumors of Trump TV aren’t only true—it may have just launched minutes before the third presidential debate. 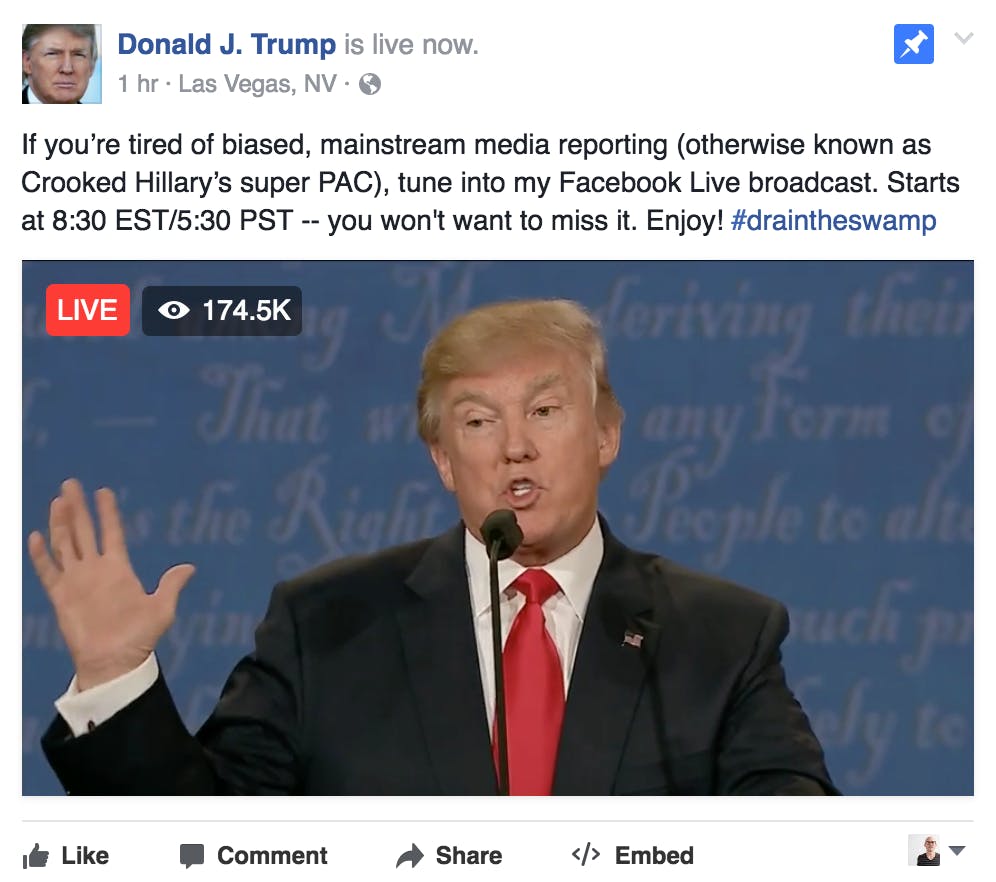 As BuzzFeed reports, the Facebook Live above, which went live at 8:30pm ET, just 30 minutes before the debate began, included interviews and analysis similar to what you’d see on any television network.

The broadcast, which peaked at some 200,000 concurrent viewers, included former Arizona Gov. Jan Brewer and retired Lieutenant General Michael Flynn and advertisements for Trump himself.

This is not Trump’s first livestream; it is, however, the first time the Trump team has branded the broadcast #TrumpTV.

Whether this is the Trump TV venture for which the Republican nominee’s son-in-law Jared Kusher reportedly met with investors this month is unclear. The Trump campaign did not immediately respond to our request for comment.

What is clear: Trump’s disdain for the media appears to be transforming him into the media himself.