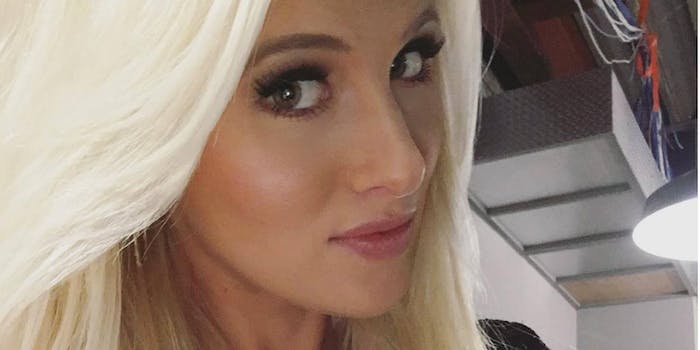 We didn't see that one coming.

In a recent episode of The Daily Show, Trevor Noah sparred with Tomi Lahren regarding her recent commentary about the Black Lives Matter movement, Colin Kaepernick, and Donald Trump.

What seemed like a strong debate soon lead to dinner after the show—and apparently cupcakes sent to Lahren from Noah himself.

When @trevornoah sends you cupcakes and you realize a mutual love of sugar might be the common ground you needed! #TeamTomi #thedailyshow #sweettooth #cupcakes #commonground

The Root, and many others on social media, did not appreciate Noah’s gesture. As Yesha Callahan writes:

So what does being a pretty racist get you?

It gets you amplified. It gets you black men like radio host Charlamagne and The Daily Show’s Trevor Noah caping for you and trying to get you to change your mind about racism.

So we sending racists cupcakes now? Trevor Noah can go fuck himself https://t.co/r2gW8Besaw

Despite Lahren being obviously controversial, she still managed to receive positive attention from public figures like Noah.

Did her looks have anything to do with it? Are millennial comedians taking Ann Coulter out to dinner?