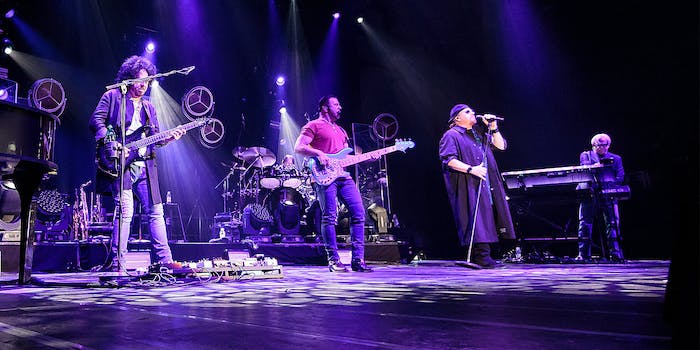 Toto just covered a Weezer song, so now the circle is complete

‘This is our tribute to Weezer.’

In May, Weezer fulfilled an internet fever dream by covering Toto’s “Africa.” And now Toto is returning the favor with some hash pipe.

Performing in Vancouver Monday, Toto prefaced a cover of Weezer’s “Hash Pipe” by noting that it was their “tribute to Weezer” after the band put its own spin on one of Toto’s biggest hits.

“We figured since we were smoking hash before they were born, that was the one we should do,” one of the band members said. “I’m not condoning this sort of behavior, but we were young once.”

Toto’s take on “Hash Pipe” has more of a classic rock tint than Weezer’s, but it totally works. And if you didn’t know that Weezer had come out with the song first, you might think it fits right in with the rest of Toto’s setlist.

Now that Toto has returned the favor, does Weezer follow up with another cover? Or does another band throw its hat into the ring?