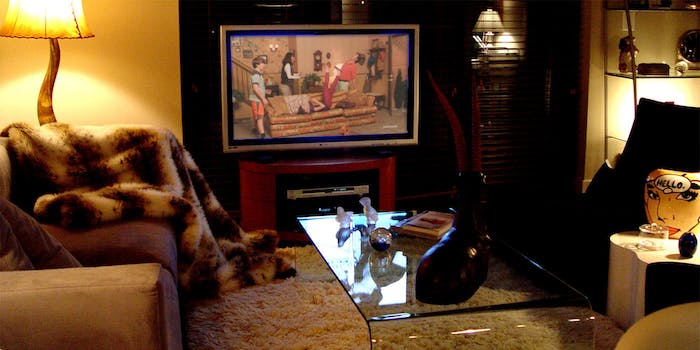 Adult Swim has provided the Internet with the dose of sitcom nostalgia no one knew they needed until “Too Many Cooks” arrived.

The 12-minute short repeats the same verse and chorus over and over in parody of every stereotypical opening credit sequence possible. Quirky family comedy? Got it. Family comedy with weird alien puppet a la “Alf?” Nailed it. Cop drama with reliably funny goofballs? Just scoot three minutes in. Don’t forget the old school Saturday morning cartoon sequence or space adventure show. Seriously, they cover everything.

The short was created by Casper Kelly—who is also the mastermind behind “Your Pretty Face is Going to Hell.” His writing credits include gems like Harvey Birdman and Aqua Teen Hunger Force.

Adult Swim first aired the short at 4am. It has since been transferred to YouTube and has immediately developed a cult following. It seems like a straight up parody but as it progresses through each type of show the sequences begin to get weirder and weirder. Towards the end one of the “Cooks” pulls a severed foot out of the oven? And that’s after the phenomenal 80s super hero costume appearance in, well, who knows what that show was supposed to be?

Since the airing “Too Many Cooks” has become a trending topic on Twitter. The Internet has spoken and it, along with some of your favorite TV stars, are in love.

I really hope Too Many Cooks gets a second season.

I can’t even remember what life was like before I saw Too Many Cooks. Was it in black and white?

I just watched Too Many Cooks, and now my life has been changed forever. https://t.co/bfxduhmdt3

No joke, this should be in the Oscar running for best short. “@JayWadeEdwards: This is amazing. Too Many Cooks: http://t.co/zeR5KrHLzE

You can tell a lot about a person by how far they get in the Too Many Cooks video.

Join the Internet in its new favorite obsession relive the classic days of television. How far do you make it through the short? Tell us your favorite part of the parody in the comments below.