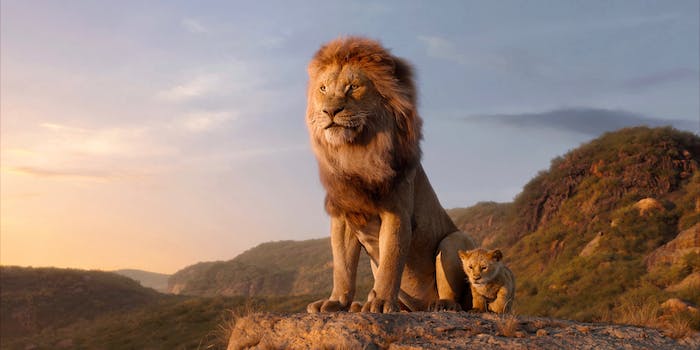 ‘The Lion King’ is the top animated movie of all time

It also broke another record for Disney remakes.

The king has returned—and established its hold on the box office.

Over the weekend, Box Office Mojo revealed that Disney’s remake of The Lion King—the latest in a series of reimaginings of classic Disney animated features—is now the highest-grossing animated feature of all time after making $1.334 billion worldwide at the box office.

The previous record-holder was Disney’s Frozen, which made $1.276 billion globally. The vast majority of the box office earnings is coming from international audiences, where it made nearly twice as much abroad as it did domestically. The Lion King was largely panned by critics for being a shot-for-shot remake of the original Lion King without adding anything new, as well as taking out all of the emotion that the original had.

The milestone arrives nearly a month after The Lion King arrived in theaters in the U.S. with its theatrical debut in Japan, where it made $9.3 million in its opening weekend.

Although The Lion King only has a single live shot in the entire film, the film has often been categorized as a Disney live-action remake. But even among those films, The Lion King is also the highest-grossing Disney remake, which also bested Beauty and the Beast (which made $1.263 billion worldwide).

The film’s achievement further highlights Disney’s absolute domination at the box office. It’s released five of the top 10 grossing films of 2019 domestically to date—and the studio still has Maleficent: Mistress of Evil, Frozen 2, and Star Wars: The Rise of Skywalker coming out this year—with a box office dominated by sequels. The only film not based on an existing property in the top 10 is Us, and Once Upon a Time In… Hollywood became the first film not based on an existing property to make more than $100 million this summer.