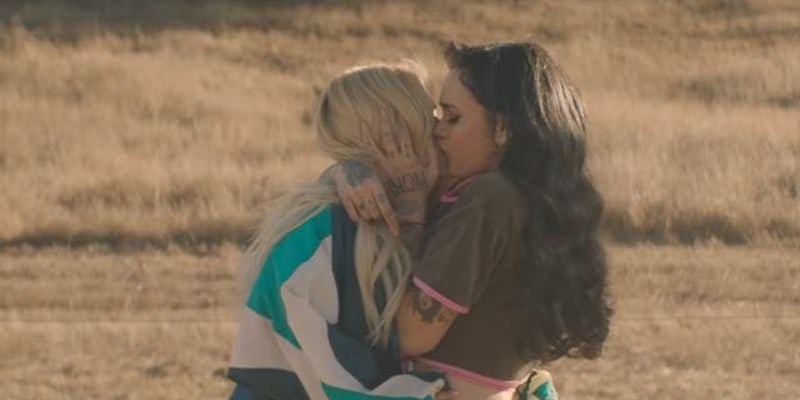 Hayley Kiyoko’s ‘What I Need’ feat. Kehlani is our teen bop of the week

Messy crushes + fear of commitment + the familiar narrative of being young and queer and not yet out to your family.

When it comes to categorizing bops, I’d like to think there are two overarching themes, both reliant on location. There’s the bop you forcefully request to the DJ six times and dance to with little-to-no control over the direction of your body, and there’s the bop that you gingerly select from a playlist titled “Iconic” or something of the like while you strut to a date or shout alone in your room. Pop up-and-comer Hayley Kiyoko’s “What I Need” featuring Kehlani is of the latter variety, and this week, we’re screaming about it.

You may just now be catching wind of Kiyoko following the release of her LP Expectations. But Kiyoko made her foray into the teen pop world nearly five years ago, slowly growing a niche audience of devoted fans. True Hayley stans will remember her days as a child star—I, for one, recall watching her in the Disney Channel original movie musical Lemonade Mouth, in which she plays an angsty teen guitarist with swoopy hair who absolutely shreds in a heartwarming high school battle of the bands. But since child fame boosted her rep, Kiyoko has gone on to be lauded by her fans as “Lesbian Jesus.” And in a pop landscape that’s notably lacking music by and about queer women, she is.

“What I Need” certainly checks off all the boxes for a mainstream bop—an almost immediate hook intro by Kehlani, a bassline that’s made for confident strutting—but the lyrics and brilliantly acted music video (which Kiyoko self-directed) make it special.

“What I Need” touches on messy crushes, fear of commitment, and the familiar narrative of being young and queer and not yet out to your family: “When we’re all alone, girl, you wanna own it/When we’re with your fam, you don’t wanna show it/Oh, you’re tryna keep us on the low.” And while Spin wrote that Expectations has a “squeaky-clean veneer that feels Radio Disneyfied,” maybe that’s for a reason. After all, the kids who faithfully supported Kiyoko from day one are now teens who deserve music that sounds like something they’d post on Tumblr or tell a close friend about.

Also, ICYMI, June is Pride month. Though you may tire of the commodification of Pride as a means for companies to slap more rainbows on things they want you to buy, you will not tire of teen bops that celebrate queerness, both during June and every month that follows.

Teen Bop of the Week is a weekly column that recognizes not only the songs that pay homage to teen-dom but songs by top up-and-coming artists who either are teens themselves or deliver certified bops to a teen audience. These are songs that are, by our own definition, BOPS. According to Urban Dictionary, “a bop” refers to “a song that will always be good, legendary.” However, it must be noted that not *all* good or legendary songs are designated bops. There has been much contention on the internet about what qualifies a song as a true, indisputable bop. Is it the hook, beat, or drop? Or the degree to which you can throw a** and scream? Who’s to say! The anatomy of a bop will always be hotly debated, but they deserve to be blasted on repeat every day of the week. Kindly turn up the volume and gird your loins.