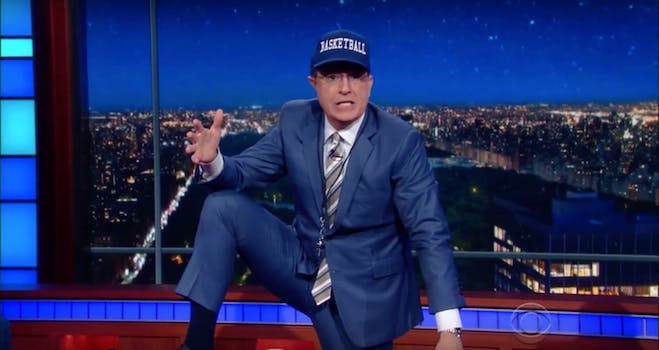 There's no crying in sportball.

The Texas senator and GOP presidential candidate may have lured the media circus of the 2016 election away from Trump long enough to announce Carly Fiorina as his running mate, but he still wasn’t having such a good day. On top of the losses, he fudged up a Hoosiers reference in the middle of Indiana and called a hoop a “basketball ring.”

So Colbert puts on his coach hat and whistle and steps up to give Cruz the kind of nonsensical pep talk that only Cruz could truly appreciate. The inspirational speech goes off without a hitch—at least until Jesus comes into the picture.

If that doesn’t inspire Cruz, nothing else will.