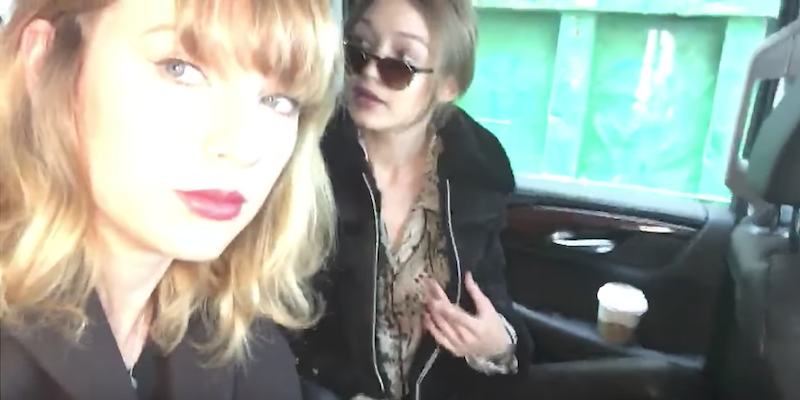 Looks like Katy Perry and Taylor Swift‘s feud is still on.

Just consider what each pop star got up to this Friday. For Perry, it was the release of her new album Witness (a project she’s been promoting for months on TV and social media). Meanwhile, Swift surprised fans by spontaneously returning her music to major streaming services after publicly protesting the companies for years. Coincidence? Seems unlikely.

It’s a subtle flex, but it could do some real damage to Perry’s numbers. Swift effectively dropped five hit albums on the same day that Perry released her one TBD album for the public to hear for the first time. So if you’re at the office browsing Spotify today, you now get to pick between “Blank Space,” “You Belong with Me,” or trying out one of Perry’s new tracks. And if enough people don’t feel like clicking on something new…

By putting her catalog up to compete with Perry’s new release, Swift is essentially shaving a percentage of Perry’s opening-day streams off the top (and potentially making Witness’ first day look like a statistical underperformance). And when you consider how huge Swift’s catalog truly is (her video for “Shake It Off” is the third-most-viewed ever on Vevo with 2.18 billion views), it’s no small threat.

#WITNESS IS #1 ON @AppleMusic! -Team Katy

Swift hasn’t commented publicly about the release, but it does seem like the ultimate passive-aggressive gesture.