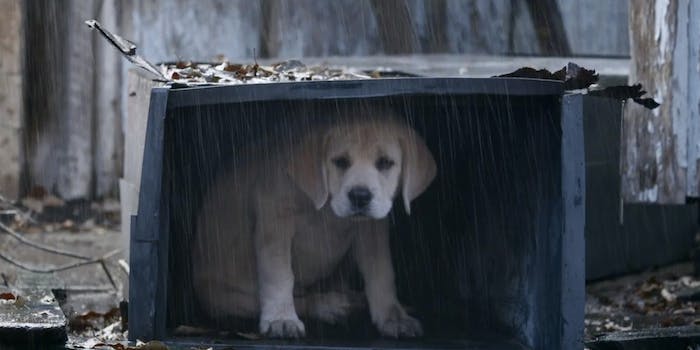 How to watch the best Super Bowl XLIX ads

Raiding the fridge and taking bathroom breaks are Standard Operating Procedure during the commercial breaks of every televised sporting event. But on Super Bowl Sunday, when the ads are often better than the game, no such diversion is worth missing a sad puppy being saved by a team of one-ton equines or North West’s mommy doing her best to save the world’s mobile data.

What if you could carefully pre-plan your time-outs based on when various Super Bowl XLIX ads were scheduled to air?

Thanks to AdAge and a number of other sources, we can provide a quarter-by-quarter roster of when 17 television ads will hit your TV screen. As for the others, we’ll provide some clues.

What do former NFL stars Doug Flutie and Jerry Rice (or, for that matter, avocados) have to do with recreating the first football draft? You will have to tune in at the end of Q1 to find out.

It begins with a flashback to 1994, when Today co-hosts Bryant Gumbel and Katie Couric struggled to figure out what the “@” symbol represented. Fast forward to 2015 and the two TV personalities—now working for HBO and Yahoo respectively—are taking a ride in an electric car. The ad does make one wonder: do we really want to see Katie twerk?

Domestic violence is no joke. The website nomore.org is using the massive platform of the Super Bowl to deliver its powerful message.

Will the hashtag #WheresJanet take off after Super Bowl audiences see this spot running through all of life’s tax-status-altering events? The folks at Intuit sure hope so.

Second Quarter or unspecified first half

The teaser for this ad, featuring actress/comedian/author Mindy Kaling, focuses on how insurance companies often treat people as if they’re invisible. Is Mindy invisible too? Follow the hashtag #invisblemindy to see how things go. At the moment, the preview appears to be YouTube’s leading pre-roll video ad.

In case Katy Perry isn’t number one on your pop-star playlist, Pepsi offers up Shakira as a lead-in to its halftime-sponsored festivities. If neither is your fancy, this is a good time to visit the restroom or dive into that onion dip.

We’re still trying to figure out why Skittles chose not to have a spot where Marshawn Lynch grabs handfuls of the candy and silently munches on them. Instead, the ad’s theme is “It Will Be settled.” Does this refer to “DeflateGate” or to whether or not Dez Bryant actually caught that pass? Watch the teaser and get ready to #SettleIt.

If the Super Bowl is a national holiday, then why not serve up some good old-fashioned red-white-and-blue apple pie? Not in real life, mind, you but on television, in the form of a company whose car mats are made in America.

No details have leaked about this commercial from a credit card company that has not advertised during the Super Bowl since 1986.

The car company has three ads scheduled—one to run in the first half and two to run in the third quarter. Nothing about any of them has been revealed yet, so expect the unexpected.

What would football Sunday be without a commercial for a toenail fungus remedy? For obvious reasons, neither Jublia nor its agency, Harrison and Star, have provided a sneak peek of the ad. Instead, here’s a Seinfeld bit where the Fab Four talk about the pronunciation of the word “fungus.”

The telecom company is yet another advertiser playing things close to the vest. Will Sprint attempt to outdo its competitor T-Mobile, which commissioned an ad featuring Kim Kardashian? We hear Amber Rose is available.

The makers of Super Glue haven’t showed off a specific ad yet, but they have been pushing their #winatglue campaign in recent months. This ad, featuring folks dancing while showing off their fanny packs, could wind up airing in the game’s last quarter.

This Victoria’s Secret spot, certain to be controversial and perhaps even offensive to some viewers, features the company’s famous Angels playing football. Impressively, the one who plays quarterback throws better than Peyton Manning.

To those who think homepages are dead, we say, “Pshaw.” Wix.com, a DIY website provider, uses a series of celebrities to show you just how easy it is to plant your flag on the web. You have to admit, a destination called “T.O.’s Humble Pie” is pretty clever.

As for the rest

To avoid the catastrophe of missing a memorable Super Bowl ad while stuffing your face or taking care of business, you’d be wise to brush up on your knowledge of music and train your ears to recognize the opening words of some must-see ads.

When time-outs are called, and the game is about to go to commercials, take a few tentative steps away from your TV and listen carefully.

If you hear a young child say the word “daddy,” followed by a splash, head back to the easy chair and enjoy this heartwarming ad for Dove that celebrates fatherhood.

The annual heart-tugging brewski commercial is without a doubt must-see TV. Familiarize yourself with The Proclaimers’ “I’m Gonna Be (500 Miles),” and when you hear the first note, grab a seat and a box of tissues. Two full days before the game, the ad has more than 11 million views on YouTube.

Listen for a few notes on a piano followed by an alarm clocking going off. That’s how you’ll know that the Mophie ad is ready to roll. Laughing at God’s dead cell phone battery during the apocalypse might considered blasphemous, but the hyperbole works. If Twitter buzz (#staypowerful) is what this device company wants, they’re getting their wish.

This Japanese car manufacturer is getting into the dadvertising game (#withdad). One Nissan ad features YouTube star Action Movie Kid playing with his dad in the backyard.

The more secretive of the company’s ads has been teased on YouTube, so once you hear the late Harry Chapin singing “Cat’s in the Cradle,” get ready for a tearjerker of a commercial.

If you absolutely, positively can’t miss the rest of the game-day commercials, we suggest you move the food and beverages into the same room as the TV and perhaps invest in a few porta-potties. How would you live with yourself if you missed E*TRADE talking baby or a dad dressing up for a tea party just to earn some Doritos?