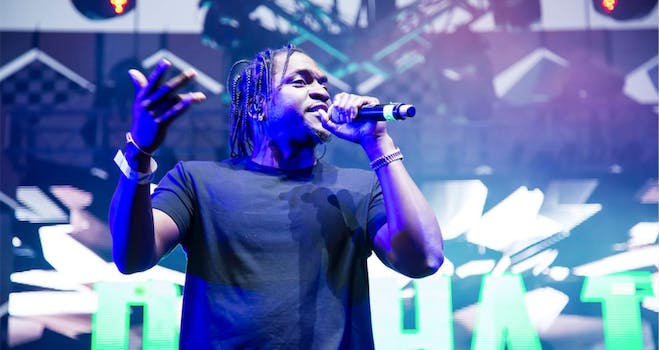 TV's most infectious theme song gets another remix.

The Succession theme song is definitely an earworm, a detuned mix of twinkling piano and druggy beats, courtesy of composer Nicholas Britell. It’s become something separate from the HBO show about a dysfunctional media family, a piece of art to be mashed up and remixed on its own.

According to Vulture, the collaboration grew out of a chance meeting between the two in Los Angeles; Pusha T reportedly caught up on the first season, then went in the studio to record the remix, which debuts in full Friday, ahead of season 2’s finale.

Pusha told Vulture that the show’s themes—”The greed, the resentment, the idea anybody is basically disposable”—made the track easier to write, “because I could use all of the street, gangster rap nuances and qualities and energy and incorporate it into the theme of the music. It was really just a dope exercise, honestly.” Pusha also thinks Roman Roy will be the one to take over the business.

While Britell said Pusha was the only rapper he had in mind for the track, people have been suggesting it since the series debuted last summer.

told @franklinleonard on here a few weeks ago that precisely this, precisely Pusha T, needed to happen. look at what a benevolent universe responded with. https://t.co/MHtlry4Jyk

When is @PUSHA_T going to put a verse over the Succession theme song?