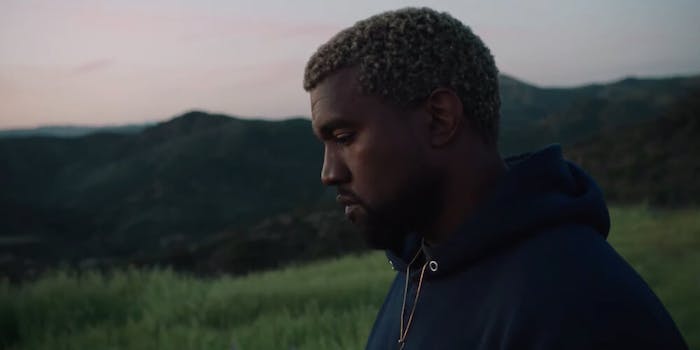 'Jesus Is King' will also apparently mark the beginning of West's career as a gospel artist... if it ever drops.

Update 7:28am CT, Oct. 25: Kanye West‘s Jesus Is King was promised at midnight Friday. That was several hours ago and there is still no album. The controversial artist did drop a long-winded podcast with Apple’s Zane Lowe on Thursday.

And so, as has been a tradition with West’s oft-delayed music, fans who stayed up late to wait for it—only to not get any new music—turned to Twitter and made memes. Here are the best ones.

People used a common sad reaction meme, the crying chihuahua, to convey how they felt. Here the photo of the little pupper is juxtaposed with another chihuahua that is listening to music on headphones. The text in the tweet spells out the joke: “how i wanted to be tonight vs. how it actually went down.”

West fans channeled Breaking Bad‘s Jesse Pinkman melting down to convey how they felt about another dang album delay.

A common gag was some twist on copy like “When Kanye said he’s dropping #JesusIsKing album today, me and my homies waiting like” and then a photo of people waiting around. Here, a photo of West himself, 2Chainz, and T.I. says it all.

And of course, people turned to Rick and Morty memes to express themselves.

Below is our original report from last month about… West’s album Jesus Is King being delayed. It also features memes.

No, Kanye West‘s Jesus Is King still isn’t out, after it was reported that it would release on Sept. 27. In fact, it’s difficult to know if (and when) it will ever arrive.

If Kanye west actually manages to release Jesus is king today this is how I’m gon be all weekend pic.twitter.com/1Zkgq0u7aC

TMZ reports Ye is constantly tweaking the final product, his ninth full-length album, which is said to be complete and ready for release. The Chicago-raised artist has virtually delayed the album into an uncertain status.

Kim Kardashian West announced Jesus Is King on social media in August. She provided an update, saying the highly-anticipated project would drop on Sunday, Sept. 29, after “a few final tweaks.” There’s also a notion that this album will be West’s entre into permanence as a gospel artist.

Kanye also announced that he is no longer making secular music. Only Gospel from here on out.

West held recent events in Michigan and New York in which fans were blessed with snippets of the album, a short doc of recent housing and architecture projects, and an extended preview of his upcoming IMAX film focused around his “Sunday Service.”

Even so, the one thing West’s fans actually asked for is still missing, leading memes to flow in.

Fans used memes of Joaquin Phoenix’s Joker while crying and putting on his clown makeup, a drunken Barney surrounded by empty beer bottles, and Wagner Moura’s Pablo Escobar staring blankly into space to express their sadness and disappointment.

Me by my computer since midnight on Friday waiting for Kanye West to drop #JesusIsKing album pic.twitter.com/ETZvvlW5r0

I thought we were actually getting a new @kanyewest album this year… #JesusIsKing pic.twitter.com/BXtfZLaLad

Here’s the Breakfast Club with more information on Jesus Is King and commentary on West’s move away from secular music.