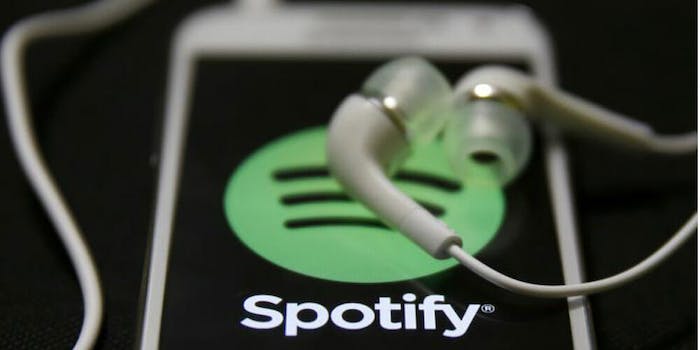 Spotify wants to take back money from ‘overpaid’ songwriters, publishers

Is 50 Cent running Spotify now? The music streaming service claims to have overpaid its songwriters and publishers in 2018 and is now demanding that money back.

The announcement comes after the U.S. Copyright Royalty Board (CRB) ordered services like Spotify, Pandora, and Apple Music to increase royalty payments by more than 43% over the next five years. The CRB’s decision also mandated that discounted plans for families would be treated as 1.5 subscribers while similar plans for students would count as 0.5 subscribers.

Based on those discounted rates, Spotify is claiming it paid out more money in 2018 than was actually required under the new deal and now wants that lost revenue back. Spotify told Engadget that it would simply payout less in 2019 to make up for the losses.

“Rather than collect the 2018 overpayment immediately, we have offered to extend the recoupment period through the end of 2019 in order to minimize the impact of the adjustment on publishing companies,” the spokesperson said.