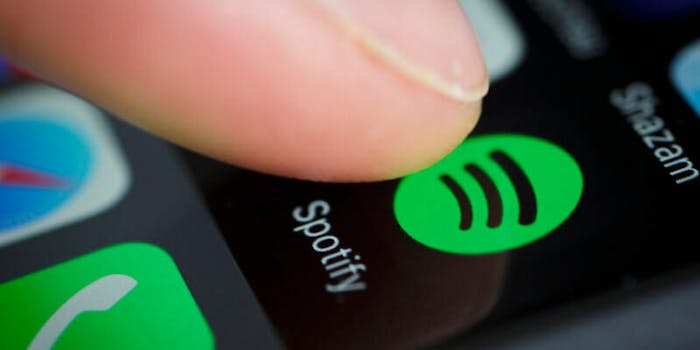 The company is testing curated podcast playlists with a small number of users.

Spotify is testing curated podcast playlists in an effort to make finding new podcasts easier for its users.

The playlists will begin appearing today for roughly 5% of users in the U.S., U.K., Canada, Mexico, Sweden, Argentina, Chile, and Colombia, according to the Verge.

The hand-picked playlists will include both Spotify originals and third-party podcasts. The podcasts will be categorized under different sections, including comedy, true crime, “geek culture,” “walking (motivational),” and “relaxing (mindfulness).”

It remains unclear whether the lists will be formed as part of deals with other networks or simply by Spotify employees picking their favorites.

The test is attempting to see if the same methods used to introduce users to new music can be carried over into the podcast realm. Currently, the streaming service offers features such as “Discover Weekly” to give users the ability to broaden their musical horizons, whereas podcasts are often only spread through word-of-mouth.

“We’re always testing new products and features to create better listening experiences for our users,” a spokesperson told Engadget. “This test aims to make it easier for users to discover new podcasts while giving creators another mechanism to connect with new fans. We have no further information to share at this time.”