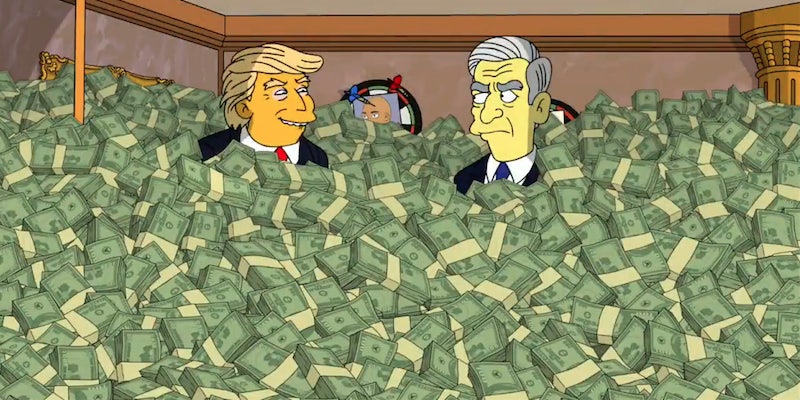 ‘The Simpsons’ takes a dig at Trump over Puerto Rico

The Simpsons got serious at the end of its season premiere in October, offering ways to help Puerto Rico in the devastating aftermath of Hurricane Maria. It was a powerful moment, and now the show’s back with a reminder.

On Thursday, The Simpsons took aim at President Donald Trump (and Jeff Sessions) in an imagined (maybe?) meeting with special counsel Robert Mueller, in which Trump tries to bribe him away from the Russia investigation with Scrooge McDuck-levels of coin. Trump bloviates and begs (he’ll do anything!) but Mueller doesn’t buy it.

However, there is someone who needs all that money.

Thank you @TheSimpsons for keeping PR in your minds. We are going to make it, thanks to big hearts like yours. https://t.co/ER7dUoiaH4