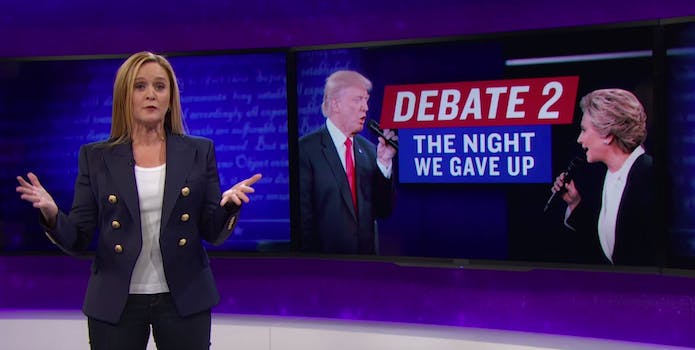 Do we really have one more of these?

Yes, Sunday night’s presidential debate felt like watching a terrible, nightmarish play while trapped in purgatory, but at least we have Samantha Bee to make sense of it.

Monday night, she turned her gaze to the “Misery in Missouri” and the narrative that preceded it, including Trump using alleged rape victims as a “human shield.” There was also Trump “stalking” Clinton around the stage like Leatherface and dry-humping a chair, and he doubled down on his “locker room” comment, to which Bee had this to say:

“You weren’t in a locker room, you sleazy pair of sweat socks. You were at work.”