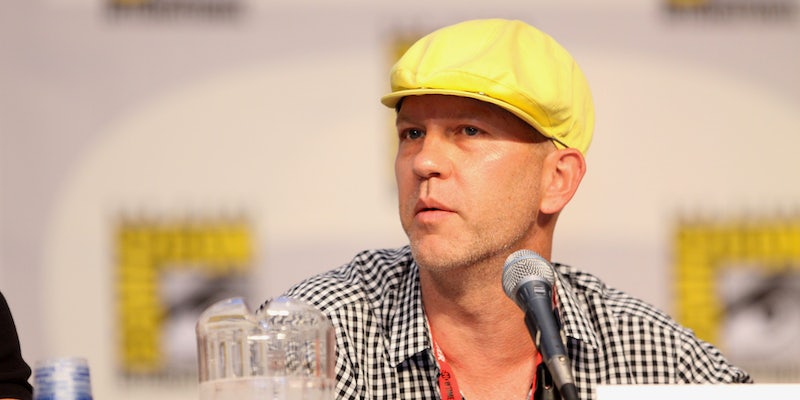 First reported by the New York Times, Murphy—who is currently signed with 21st Century Fox—signed a five-year deal for “as much as $300 million.” His deal with Netflix comes on the heels of Netflix signing producer and showrunner Shonda Rhimes from ABC for a four-year $100 million deal, demonstrating that while some of Netflix and some of its competitors are dropping lots of money on major movies and TV shows, Netflix is also targeting creative minds to develop more TV shows and films after years of success on traditional networks.

“Ryan Murphy’s series have influenced the global cultural zeitgeist, reinvented genres and changed the course of television history. His unfaltering dedication to excellence and to give voice to the underrepresented, to showcase a unique perspective or just to shock the hell out of us, permeates his genre-shattering work,” Ted Sarandos, chief content officer at Netflix, said in a statement. From Nip/Tuck – our first licensed series – to American Crime Story: The People v. O.J. Simpson and American Horror Story, we’ve seen how his brand of storytelling captivates consumers and critics across the globe. His celebrated body of work and his contributions to our industry speak for themselves, and we look forward to supporting Ryan in bringing his broad and diverse stories to the world.”

Murphy’s shows have garnered commercial and critical success over the years, which Netflix hopes to carry over to its service. According to the New York Times, the proposed Disney–Fox merger was a factor in Murphy’s decision to jump to Netflix; Amazon also tried to sign Murphy.

In his statement, Murphy noted the historical nature of the deal along with his plans to feature characters who aren’t always given a spotlight in TV and film.

“The history of this moment is not lost on me,” Murphy said. “I am a gay kid from Indiana who moved to Hollywood in 1989 with $55 dollars in savings in my pocket, so the fact that my dreams have crystallized and come true in such a major way is emotional and overwhelming to me. I am awash in genuine appreciation for Ted Sarandos, Reed Hastings and Cindy Holland at Netflix for believing in me and the future of my company which will continue to champion women, minorities and LGBTQ heroes and heroines, and I am honored and grateful to continue my partnership with my friends and peers at Fox on our existing shows.”

All of Murphy’s shows that currently air on Fox or FX—9-1-1, American Crime Story, American Horror Story, and Feud—will still air on those channels, as will his upcoming FX drama Pose.

Murphy’s tenure with Netflix will begin this July after his deal with 21st Century Fox is expected to end this summer.