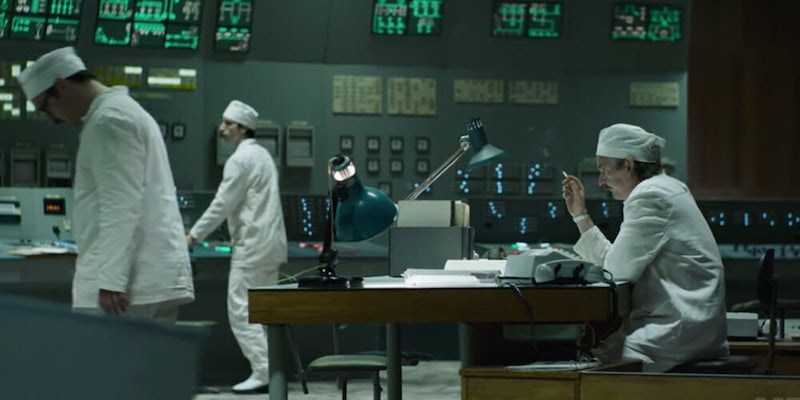 Russia is making its own ‘Chernobyl’ that will blame the CIA

A major Russian broadcaster is responding to HBO’s highly-popular Chernobyl series by producing a show of its own that blames the nuclear disaster on the CIA.

Russian broadcaster NTV, which has been given 30 million rubles ($463,000) from the Russian culture ministry to develop the program, will claim that a secret American agent had snuck into the plant prior to the disaster.

“One theory holds that Americans had infiltrated the Chernobyl nuclear power plant and many historians do not deny that, on the day of the explosion, an agent of the enemy’s intelligence services was present at the station,” director Alexei Muradov told the Moscow Times.

The nuclear disaster occurred in the Ukrainian city of Pripyat in 1986 and took the lives of at least 31 people after a failed safety test on one of the reactors. The United Nations has linked nearly 20,000 cases of thyroid cancer in patients who were under the age of 18 at the time of the incident.

No credible historical evidence points to the CIA being involved in the Chernobyl disaster.

The HBO series, which focuses mainly on the Soviet Union’s coverup following the accident and the heroic actions of the plant workers, has been widely praised not only by Americans but by Russians, as well. KinoPoisk, Russia’s equivalent to IMDb, currently lists the show with a 9.1 rating.

The Moscow Times argues that the Chernobyl series has been a “source of shame” for pro-Kremlin media outlets upset that an American company told the story.

“The fact that an American, not a Russian, TV channel tells us about our own heroes is a source of shame that the pro-Kremlin media apparently cannot live down,” Ilya Shepelin writes. “And this is the real reason they find fault with HBO’s Chernobyl series.”