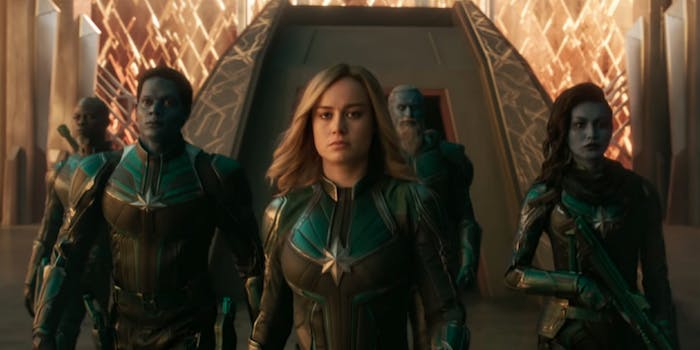 There's a catch, of course.

After Captain Marvel‘s Rotten Tomatoes score was tanked in March, the company proposed putting restrictions on how people can review a film. Now it apparently has a plan: Prove you saw it.

Rotten Tomatoes, in partnership with parent company Fandango, will now require those looking to leave a verified audience review to prove they saw the film by showing their ticket stub. Additionally, you’ll have to buy your ticket through Fandango to do so, which could present a problem for moviegoers who prefer to buy tickets in person or directly from a theater’s website.

Rotten Tomatoes has long had an issue with meddling reviewers tanking audience scores for sexist or racist purposes, or plumping up ratings for bad movies or series with fake reviews. In February, Rotten Tomatoes eliminated its “Want to See” feature, which measured ratings for upcoming films, but that didn’t exactly solve the problem.

This move could, of course, be seen as a way for Fandango to increase ticket sales for the summer, though Chief Marketing Officer Lori Pantel told Variety: “We’re open to any partner that wants to come on board.” She added that this new plan came out of yearlong research that showed users “want more transparency.” VP of Product Greg Ferris also cited transparency, and added: “The byproduct of dissuading bad actors from influencing fan sentiment is certainly part of this.”

Users will still be able to leave reviews if they can’t or don’t want to verify a ticket purchase, but it apparently won’t count towards the verified audience score. The change goes into effect starting with movies released May 24 and beyond.