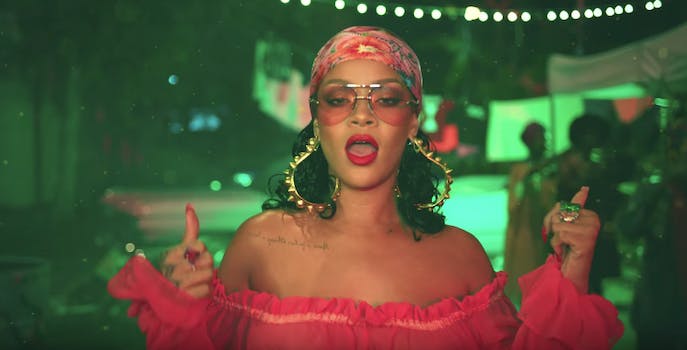 Not only does Rihanna reply to DMs, she gives good advice.

At least that was the case recently when one fan reached out to her with a question about heartbreak. Twitter user @WaladShami direct messaged the pop star at 2:04am,  asking for advice on how to get over a recent breakup.

“Hey Robs, how did you get over your first heartbreak?” he asked. “I’ve been struggling.”

Rihanna took a few hours to get back to him, but when she did, her response was surprisingly heartfelt.

“Just believe that the heartbreak was a gift in itself!” she replied. “Cry if you have to, but it won’t be forever! You will find love again, and it will be even more beautiful! In the meantime enjoy all that YOU are!!!!”

It’s like a pep talk from an older sister.

@WaladShami told Buzzfeed that he’s reached out to the 29-year-old “Wild Thoughts” singer before and she’s always this thoughtful.

“I reached out to Rihanna because she’s given me advice many times—she’s wise ‘n shit. Lol,” he said.

Rihanna has previously made headlines for helping a member of her Navy come out of the closet to his family and loved ones. She also recently got recruited to co-star in a movie with Lupita Nyong’o after a tweet about the idea went viral.

We’re not saying she has a favorite social media platform, but Rih definitely loves hanging out on Twitter.