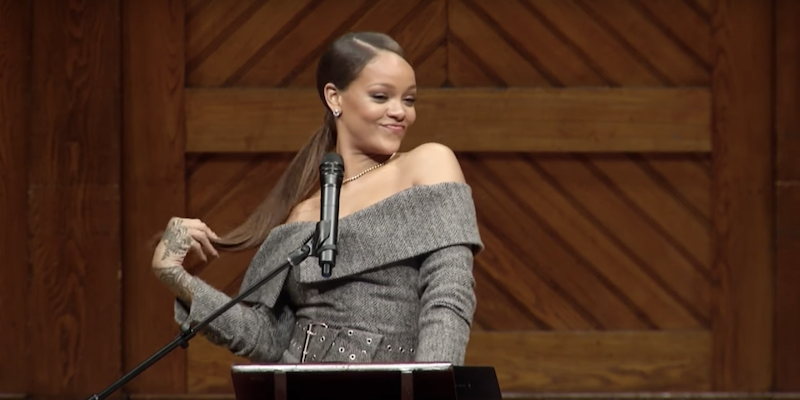 Someone write this already.

If you’re a Hollywood hotshot and you’re reading this: listen up. There’s a movie that needs to be made.

Lupita Nyong’o and Rihanna have both expressed interest in starring in a movie where they play a team of scam artists—and it’s all because a fan tweeted about the idea.

The snowball started late last week when one fan commented that a photo of the singer and actor sitting side-by-side was one “for the history books.”

A picture for the history books pic.twitter.com/OgxAGZMn4Z

A second fan chimed it, pointing out that “Rihanna looks like she scams rich white men” and Lupita “is the computer smart best friend” that helps her with the logistics.

Rihanna looks like she scams rich white men and lupita is the computer smart best friend that helps plan the scans https://t.co/PhWs1xd3nj

Even though the celebs aren’t tagged in the tweet, it went viral enough in the following days that it must have landed in Nyong’o’s mentions, because she embedded it into a tweet of her own and looped Rihanna in on the conversation. Sunday evening, Rihanna confirmed that, yes, she loves the idea. It basically sounds like a full-length version of the “Bitch Better Have My Money” video—a perfect fit.

I'm down if you are @rihanna https://t.co/vwHBWeCbFZ

Now all they need is a lady director and they’re really cooking. Ava DuVernay, maybe?