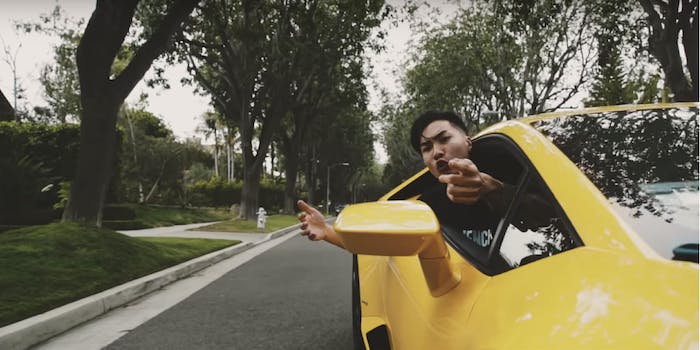 A diss track gets official.

Last summer, RiceGum (real name Bryan Le) released “It’s Everyday Sis,” a parody of Jake Paul’s “It’s Everyday Bro.” It features Paul’s ex, Alissa Violet (before she was involved in an altercation at a Cleveland bar), and RiceGum takes shots at Paul’s Disney show past and rumors of high-school bullying and abuse. The video racked up more than 135 million views on YouTube, but it was recently certified “digital” platinum. That means it needs 1 million “units,” which can be measured in permanent downloads, or, one unit equals 150 “on-demand audio and/or video streams.”

The diss track reached the Billboard Hot 100 in September.

The video was also released before the controversy involving Jake’s brother Logan earlier this year, which Jake claimed was bad for his brand.

RiceGum has had his own share of controversy, having been called out by YouTuber iDubbbz last year for old videos in which he joked about rape. He followed that up with a couple of diss tracks directed at iDubbbz. He also took on Dr. Phil breakout star Danielle Bregoli, and responded to allegations of assault from another YouTuber, Gabbie Hanna, with the tone-deaf song “I Didn’t Hit Her.”