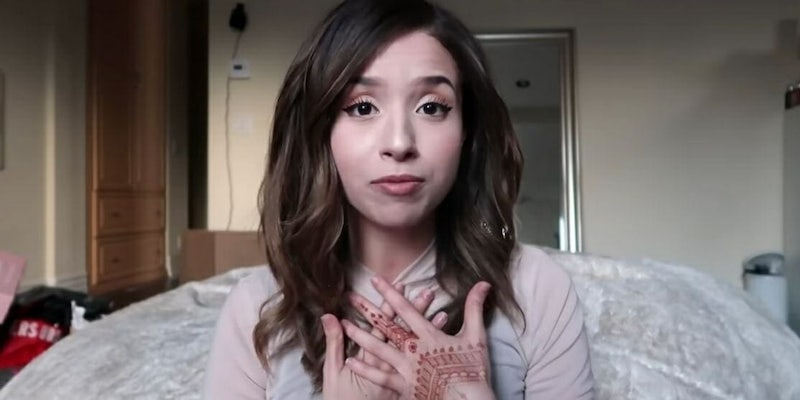 Pokimane accused of using N-word during ‘League of Legends’ stream

Did Twitch streamer Pokimane use the N-word in a recent video while she was live streaming herself? A short video of the incident is inconclusive, but some on Reddit believe that’s exactly what she did even though she forcefully denied it on Twitter Sunday night.

Many insisted she’s referring to “anivia,” a character in the game.

“You’re hearing ‘nivia’s’ combined with ‘getting.’ It’s definitely ‘This nivia’s getting,’” wrote one redditor.

Another chimed in by writing, “What makes more sense, pokimaine (sic) saying ‘that anivia is getting cucked’ when a character named Anivia just got killed in the game she’s playing, or pokimaine casually saying the n word on stream?”

Yet, others on the Reddit thread said they think Pokimane was being blatantly racist.

“Yeah…everyone saying she’s saying ‘anivia’ or ‘nivia’ is full of shit,” wrote DisableRedesing. “I clearly hear the ‘gg’ sound in the word, and no i sound after that. She said [N-word]. No doubt about it.”

In the past few months, Pokimane— whose real name is Imane Anys —has faced another big Twitch controversy. She sparred with YouTube star PewDiePie after he accused her of inappropriately using YouTube’s copyright system against another content creator. Months later, even her friend Alinity Divine continues to jokingly reference that controversy.

In this case, though, Pokimane defended herself and said she didn’t use a racial slur.

Wrote Pokimane, “I said ‘this anivia’ ([sounded] like ‘this nivia’), aka a champion in league of legends,” she wrote on Twitter. “ … On the real, stop baiting likes by spreading lies.”