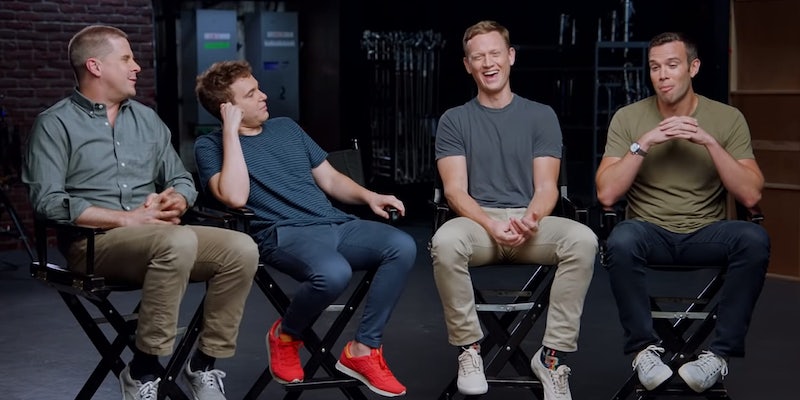 After a Twitter dustup, the podcast makes a move.

Last night, the New York Times dropped a doozy of a feature on Facebook and its response over the past two years to the various crises that have beset it.

It was packed full of juicy detail, but one glaring snippet jumped out: Facebook reportedly tried to paint protesters at its congressional hearings as agents of George Soros, a standard right-wing Republican smear tactic.

Why did they do such a thing? Because they hired a right-wing Republican firm to push the smear.

Facebook employed a Republican opposition-research firm to discredit activist protesters, in part by linking them to the liberal financier George Soros.

That snippet was flagged by NBC News reporter Ben Collins, who tweeted it.

That was picked up by two different hosts of political podcast Pod Save America—Jon Favreau and Jon Lovett—who have both been highly critical of Facebook on their various podcasts over the past year.

While the tactic by Facebook is abhorrent, if the two hosts had read the article a little further down, they would have noticed that the Times named the firm, Definer. And Crooked Media, the parent company of Pod Save America, employs a Republican strategist who runs Definer. Tim Miller frequently comes on the group’s range of podcasts to present the standard Republican counterpoint to the Pod Save America‘s Democratic viewpoints.

And people on the internet were quick to flag that fact.

Really funny that pod bros did not realize that Tim was such a big part of the story!

The organization even sent the Facebook snippet from the Times out in its daily newsletter.

After several hours of getting dragged in their mentions, the team at Crooked Media put out a statement disassociating themselves from Miller and announcing he would not be featured on any future podcasts.

Miller for his part justified his work in discrediting the protests—much like how Republicans justified saying Brett Kavanaugh protesters were paid for by George Soros—by saying that since he donated to groups which organized protests, he was secretly behind the organizing efforts.

For ppl asking – Definers shared a narrow document about an anti-Facebook group's funding. It was entirely factual, as Open Markets organizers have acknoweldged they get funding from Soros. I have defended Soros from smears & conspiracies that weren't based in fact. 1/

On a personal note I'm really blown up by the accusations. Im disgusted by the rise of anti-semitism including people who have falsely targeted Soros. It's deeply deeply personal. I've continuously fought the alt-right & others who spread racist lies & hate & will keep doing so

In a statement this morning, Facebook announced it was cutting ties with Definer.