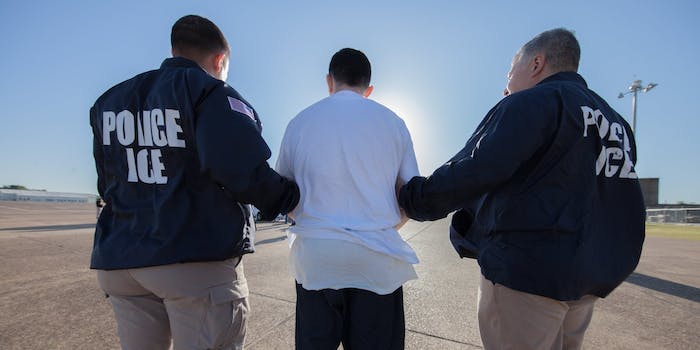 An NBC investigation revealed that ICE monitored the movement of one Guatemalan woman, watching her every step from when she left home in the morning to her arrival at the food processing plant in Mississippi and her return home. The woman had been given an ankle monitor after being released from a detention facility.

ICE reportedly used information from the device to raid the Guatemalan woman’s workplace and six others, which resulted in the arrests of almost 700 people. NBC reviewed unsealed search warrants and found this is not the first time ICE has done this. Records show the agency has monitored dozens of immigrants’ ankle monitors to track their GPS.

Plants targeted in the recent raid were operated by five firms: A&B, Koch Foods, Peco Foods, PH Food, and Pearl River Foods. According to the search warrants, plants by all these firms employed undocumented migrants who had previously been released by ICE and given ankle monitors.

This raised red flags for immigration lawyers and advocates.

“It’s troubling to us that people who are released are being tracked for reasons that have nothing to do with whether they’re likely to appear for their court cases or abscond,” Judy Rabinovitz, deputy director of the American Civil Liberties Union’s Immigrants’ Rights Project, told NBC.

The extreme case scenario for this would mean ICE is watching “every place this person goes, every person they meet with,” Rabinovitz said.

A senior supervising attorney at the Southern Poverty Law Center questioned whether those wearing ankle monitors were aware of the extent to which their information was being monitored and used.

“I would want to know if all of this is disclosed to people, particularly if it’s going to be used as evidence against those people in a criminal proceeding down the road,” Michelle Lapointe told NBC.

An ICE spokesperson told NBC that no one is “required” to wear an ankle monitor, but in specific cases, “GPS monitoring may be required as a condition of release from custody.”