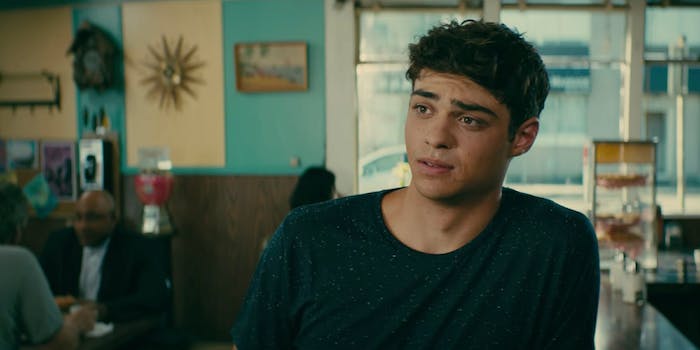 To All the Boys I've Loved Before/Netflix

He learned an important lesson.

To All the Boys I’ve Loved Before star Noah Centineo—who plays the sensitive jock Peter Kavinsky—has become an overnight internet sensation. And with that newfound fame comes the works, which includes a hacked Instagram account.

Some fans noticed something off about Centineo’s Instagram account early Monday. Instead of the kinds of Instagram Stories posts that they’d come to expect from Centineo, they were greeted with posts claiming that Centineo was giving out free iPhones, Apple Watches, and gift cards. There was also at least one Instagram post telling followers to view his Instagram Stories.

But Centineo wasn’t giving away Apple products, and fans quickly figured out that the whole thing was a scam. They posted screenshots and warned others not to swipe up on those posts.

Noah Centineo got hacked on Instagram so DON’T click on these links, it’s fake and viruses!! @noahcent pic.twitter.com/qiQB2WPfva

Word got around to Centineo pretty quickly that his account was compromised.

Unfortunately I️ have absolutely no IPhone X’s to giveaway. Which leads me to my next point,

It’s unclear who hacked Centineo’s account, but people had at least one prevailing theory.

Centineo’s popularity on Instagram has skyrocketed since the premiere of To All the Boys I’ve Loved Before this month, where he now has nearly 6 million followers. Speaking to W Magazine prior to his Instagram being hacked, he said that “Nothing’s really changed in my day to day.” But since then, someone got access to his Instagram account and attempted to take advantage of millions of followers.

Eventually, he regained control of his account, but not without passing along an important lesson to his followers: Kids, you’re going to want to enable two-step verification.