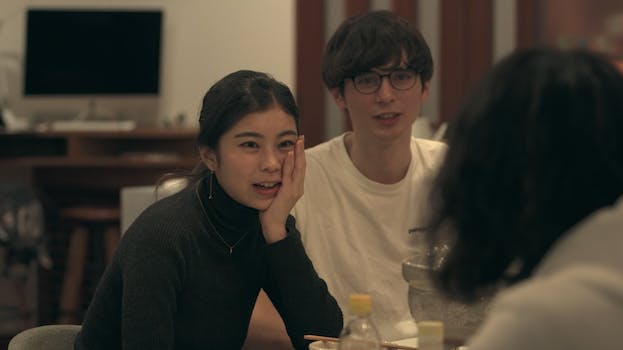 With sincere and relaxing reality TV, 'Terrace House' keeps winning us over.

Terrace House, the quietly addictive, slow-paced Japanese reality show that became a surprise hit for Netflix worldwide, is back this week with a new season and a return to form.

For the uninitiated, Terrace House is Japan’s answer to the Real World. It ran from 2012 to 2014 on Fuji Television and ended with a standalone movie before being picked up by the streaming service. Like the Real World, every season centers on a new group of young people living together in a house, and like the Real World, everyone is strangers before moving in. Each castmate is trying to create a normal-ish life for themselves, but unlike the Real World, everyone is still working their regular jobs and free to leave the cast whenever they want. When someone feels their time on the show is complete, they simply pack their bags, tell the roommates they’re leaving, and a taxi comes to get them. Within a few hours, a new castmate rings the doorbell with a suitcase in hand. It’s a little like musical chairs, and it also usually gives the castmates a sense of purpose. Instead of coming on the show just to hang out or make new friends, people are usually aiming to launch their streetwear brand, find a romantic partner, or become a model.

This time around, the cast is in the city of Karuizawa, Nagano—a resort town in the mountains known for its hot springs and winter sports. It’s the first season back in Japan after Aloha State, where the show filmed in Hawaii and experimented with adding Americans to the cast. Bringing the series back to the country where it all began also means bringing back the Japan-focused nature that attracted a lot of Terrace House fans in the first place, so it’s definitely a selling point.

The show’s true magic comes from how different it feels from American reality TV. Aside from the high production value (everything looks like they’ve stepped into a photoshoot for a lifestyle blog), and the slow pacing, the best description for Terrace House‘s tone is sincere. Housemates are usually earnestly pursuing their dreams, and their conversations with one another tend to be straightforward and free from the normal hijinks you’d associate with reality TV (think: “What are your goals?” and “Who is your type?” as the icebreaker questions when they first move in). The joy of watching the show very much comes from that genre-bending sincerity. Housemates rarely act the way you’d expect American reality stars to, with hot-blooded reactions and quickly escalating infighting. In fact, they often seem to forget the cameras are there at all.

The new season starts with six castmates from all different walks of life—from a 31-year-old pro snowboarder to a 19-year-old aspiring chef—and for fans who enjoyed the show’s earliest seasons, it won’t disappoint. The show’s signature panel of talking heads has also returned, and continue to help make sense of all the subtle interpersonal drama that unfolds.

For new viewers wondering how to get into the show, Opening New Doors is a great place to start. Past seasons have been released in four installments, with eight episodes in each. The first batch of Opening New Doors episodes hit Netflix March 13, and the streaming giant has yet to announce when the next bundle will drop.