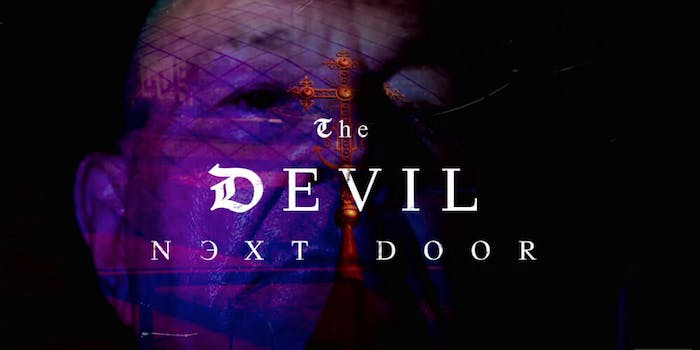 Netflix to amend Nazi docuseries after being accused of rewriting history

Poland sent an open letter to Netflix, alleging a map in the series is not historically accurate.

Netflix is once again bending to a government’s will, as the streaming service announced it will be amending maps seen in a Nazi limited docuseries at the behest of Poland.

The Devil Next Door, a five-part series that delves into the trial of John Demjanjuk who stood accused of being Nazi extermination camp guard “Ivan the Terrible,” depicts a map of Nazi camp locations in Poland. Polish Prime Minister Mateusz Morawiecki sent an open letter to Netflix CEO Reed Hastings, alleging that the map is not historically accurate.

“@Netflix, stay true to historical facts,” the Polish Ministry of Foreign Affairs Twitter account wrote. “During the time which the The Devil Next Door series describes, Poland’s territory was occupied, and it was Nazi Germany who was responsible for the camps. The map shown in the series does not reflect the actual borders at that time.”

During the time which the “The Devil Next Door” series describes, Poland’s territory was occupied, and it was Nazi Germany who was responsible for the camps. The map shown in the series does not reflect the actual borders at that time. pic.twitter.com/W5i8C9THo3

Netflix responded with a statement on Twitter. The Netflix Poland account wrote that while it stands by the filmmakers, the streamer will be “adding text to some of the maps featured in the series … in order to provide more information” and “avoid any misunderstanding.”

“This will make it clearer that the extermination and concentration camps in Poland were built and operated by the Nazi Germany regime who invaded the country and occupied it from 1939-1945.”

Poland has taken great steps to distance itself from its ties to Nazi Germany. Poland’s parliament passed a law in 2018 that would punish citizens who accused Poland of being responsible for or complicit in Holocaust crimes with prison time of up to 3 years if convicted. After backlash, the government scrapped the possibility of prison time, making the accusation merely a civil offense, according to the Washington Post.

Recently, Hastings defended the streamer’s decision to remove from Saudi Arabia an episode of Patriot Act with Hasan Minhaj that was critical of the country’s regime. The kingdom complained that the episode violated its anti-cybercrime law.

“We’re not trying to do ‘truth to power.’ We’re trying to entertain,” Hastings said at the New York Times Dealbook Conference. “We can accomplish more by being entertainment and trying to influence the way people live, rather than being another news channel.”