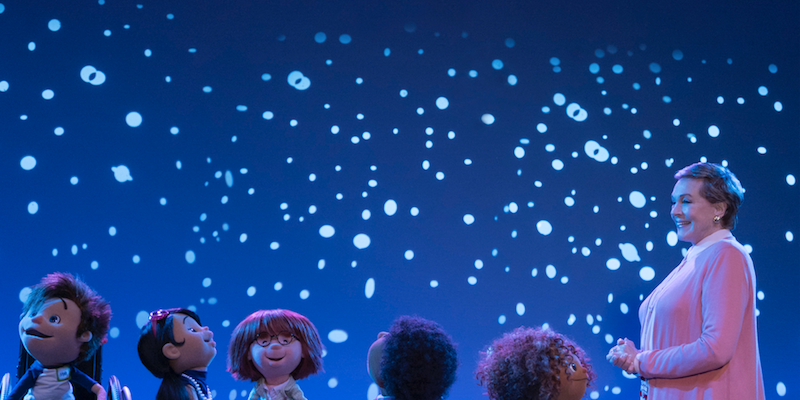 The series has quite the diverse cast.

The series, which debuted March 17, finds the legendary star of stage and screen coaching five young “Greenies” in the ways of the theater. The puppets, produced by the Jim Henson Company, are diverse; one of them, Riley, is apparently gender-neutral. In the first episode, as Andrews explains they’ll be performing The Wizard of Oz, a couple Greenies stake out gender-specific parts.

“Does everyone have to play a part?” Riley asks, gunning for a more technical, behind-the-scenes role.

In an interview with the New York Times, Andrews’ daughter and series co-creator, Emma Walton Hamilton, said that “If pressed, we’d say she’s a girl, but maybe not forever. We wanted to be as diverse as possible.”

Andrews has said the series is meant to get kids excited about the arts, and the series is debuting at a crucial time, as President Trump aims to cut funding to the National Endowment for the Arts and the Corporation for Public Broadcasting.